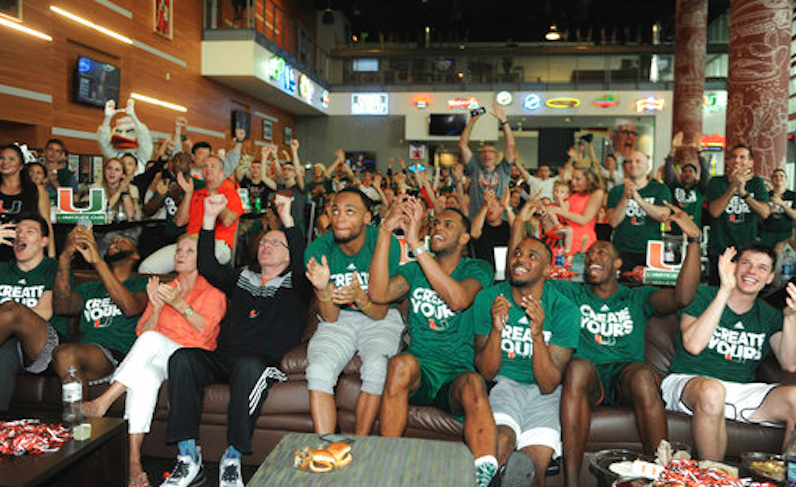 Miami is a No. 8 seed in this year's NCAA Tournament. (AP Photo)

The NCAA Tournament is all about matchups and guard play. Miami can be reasonably confident about both entering its first-round date with Michigan State.

But beyond that, it could be a rocky — and short — road for the Hurricanes.

Miami’s tough three-man backcourt of senior Davon Reed, junior Ja’Quan Newton and freshman Bruce Brown should give the Spartans fits in their Friday night matchup in Tulsa, Okla. Those three expertly run Jim Larranaga’s ball-screen offense, freeing up driving lanes and open shots for Miami’s outside threats. The Hurricanes don’t have an interior scoring presence, but that’s OK when you have enough downhill slashers and perimeter bombers.

Michigan State in particular struggles with containing the high screen, and though Sparty has a few nice on-ball defenders, several of their best players are freshmen — and currently liabilities defensively, especially against offenses like Miami’s. It won’t be a high-scoring affair, as UM ranks 21st in KenPom defense and MSU is 34th. But Miami is much more likely to make its possessions count than turnover-prone Michigan State.

However, that may be it for the Hurricanes in Tulsa.

Kansas will likely be awaiting them on Sunday, should they advance. The top seed in the region has a first-round game against a First Four foe — either North Carolina Central or UC-Davis. The Jayhawks will smash either team. The reason they will do that — and likely do the same to Miami — is the play of Frank Mason.

We’re talking good guards? The Jayhawks’ senior leader can do it all, is tough as nails and rises to the toughest challenges. He’s also the second-best player on his team. Wing Josh Jackson is an elite scorer no matter the situation or spot on the floor. He and Mason are two of the best half-dozen players in the tournament, and on the same team, they’ll be too tough for anyone in the region — and perhaps the country — to stop.

Unfortunately, the Hurricanes’ ceiling is the floor, as Michael Jordan might confusingly say. That floor is located in the second round against Kansas. That’s where Larranaga’s magic runs dry and Miami’s good backcourt bows out. No shame in that, of course, since this young team — three freshmen, two sophomores in an eight-deep rotation — was a question mark entering the season. There was hardly a consensus Miami would even make the tournament, given all the unknowns. A loss to a Final Four contender like Kansas is no reason to hang heads.