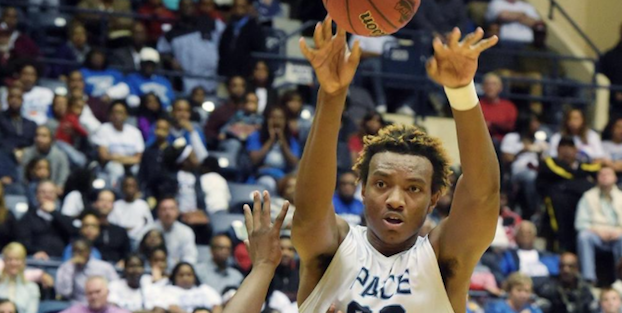 Wendell Carter is among the nation's top prospects in the 2017 class. (AP Photo)

If you haven’t heard, the 24 participants in a little event known as the 2017 McDonald’s All American Game have been selected.

The game’s 34-man Selection Committee, which we have been a member of since 1995, picked two 12-man teams (East and West) in mid-January, much earlier than we believe they should be selected. Below are the 24 selectees, the team each will play on and how closely the final rosters match my final ballot.

Here is the selection process: After a “consensus” top 100 is initially determined in late December, the first ballot (of three) asks selectors to list (in rank order by position) the best qualified 10 players at each position. A week later is the second ballot, in which the top eight at each position are rank ordered from a list of 50 semifinalists. Finally, a week after that occurs, the top five at each position are listed in order by Selection Committee members from 40 finalists.

Note that while the final ballot contains 25 individuals, only 24 are named to the prestigious McDonald’s All American Team.

Seventeen of the 24 players selected made their college decisions this past fall, with just three currently headed to ACC schools (two to Duke and one to Miami), six to the Pac-12 (two to UCLA) and five to the SEC, including four to Kentucky. Of course, one or more of the seven undecided McDonald’s choices might opt for an ACC school this spring, especially since Duke is a finalist for guards Trevon Duval and possibly Trae Young, forward Kevin Knox (also looking hard at UNC and Florida State) and center Mohamed Bamba. Additionally, Florida State is among wing M.J. Walker’s final four.

Below, we’ll list the 24 McDonald’s selectees and compare them with the 25 players listed in our final ballot. Now may be the appropriate place to identify one individual who is an outstanding player but in his fifth year of high school, which makes him ineligible for the McDonald’s Game. We’re referring to 6-5 Putnam (Vt.) Putnam Science swingman Hamidou Diallo, who has verbally committed to Kentucky (!) but also is considering entering this year’s NBA draft, which he qualifies for.

The following are the East and West team rosters for this spring’s McDonald’s All American Game:

Become a premium member of ACCSports.com to see the rest!