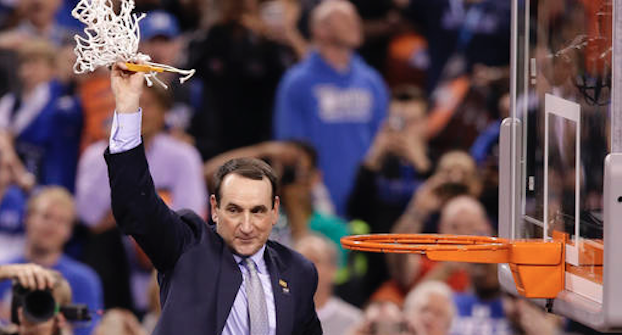 Mike Krzyzewski and his staff will welcome point guard Jordan Goldwire as part of their 2017 recruiting class. (AP Photo)

While most Duke fans have their eyes on former blue-chipper Frank Jackson and 5-star prospect Trevon Duval, the Blue Devils added another point guard to their 2017-18 roster on Monday.

Class of 2017 member Jordan Goldwire committed to Duke while visiting Durham early this week. He is the fourth player to pledge to the program’s incoming recruiting class.

Goldwire is a 3-star prospect, according to 247Sports’ composite rankings. However, he’ll add valuable depth to the backcourt as the Devils await decisions from Jackson and Duval. Jackson, who finished his freshman season in March, is testing the NBA waters; he has until May 24 to withdraw from the draft should he decide to return to school. Duval is arguably the top point guard recruit in the country and lists Duke as a finalist among Kansas and others.