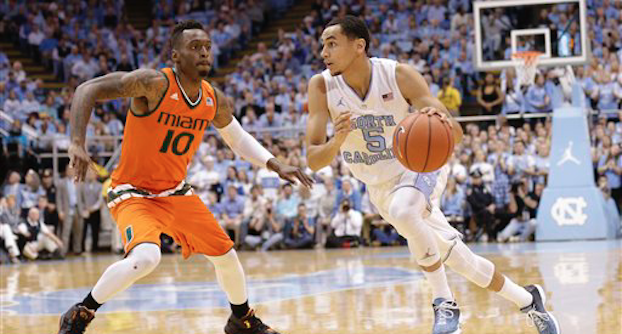 ESPN analyst and former Wake Forest basketball coach Dino Gaudio dropped by The David Glenn Show this week to talk about court-storming, ACC Player of the Year candidates and which teams he sees most fit to make a run in the NCAA tournament.

North Carolina is one of those teams Gaudio believes could make a run, but if he were coaching the Tar Heels, there’s one adjustment he would make right now.

“I think Marcus Paige needs the ball in his hands more,” Gaudio said. “I think he’s a true point guard.”

Roy Williams gave Paige significant minutes at point guard in the team’s 96-71 win over Miami last weekend, particularly when Joel Berry was in foul trouble. Gaudio stated he doesn’t believe it’s too late in the year to increase Paige’s role at the 1.