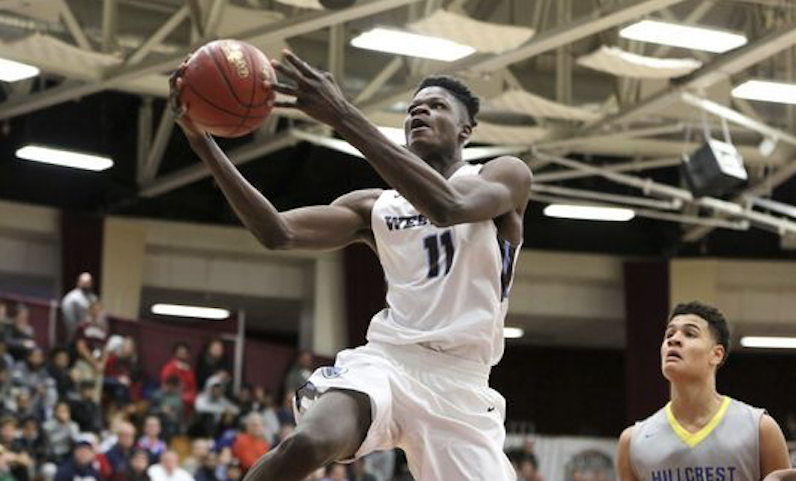 As is usually the case, the McDonald’s All American Game is a must-watch event for serious Duke basketball fans.

The Blue Devils’ ardent supporters are no doubt still smarting over their upset loss to South Carolina. But in the spirit of moving on, a glance at Wednesday night’s McDonald’s game from Chicago will give Duke fans a glimpse at what’s coming and what may be added to next season’s roster.

Two players who have already signed with Duke will be on opposites sides. Center Wendell Carter of Atlanta is playing for the East, with shooting guard Gary Trent on the West squad. Carter played at Pace Academy, while Trent played at Prolific Prep Academy in Napa, Calif, for his senior season.

Three other players with Duke offers are also playing in the game; they are certainly hearing from Carter and Trent about how they, too, should come to Durham.

Kevin Knox, a 6-8 forward, is Carter’s East teammate. He said during Tuesday’s McDonald’s game media day that both Carter and Trent are actively recruiting him to Duke.

The two are also trying to persuade 6-11 center Mohamed Bamba and point guard Trevon Duval to become Blue Devils. Both of those players, like Knox, took official visits to Duke.

Duval, a 5-star point guard, is a teammate of Carter and Knox on the East team. So is Bamba.

Knox, Duval and Bamba are three of only six undecided players participating in the McDonald’s game, which airs at 7 p.m. Wednesday night on ESPN from United Center.

Porter, who is playing on the West team in Chicago, has been working on Knox. Knox said Tuesday he hasn’t decided if he will visit Columbia or not.

With the 6-10 Chase Jeter and 6-9 Sean Obi already announcing their decisions to transfer out of Duke, and 6-10 Harry Giles declaring for the NBA Draft, the Blue Devils are thin in the middle.