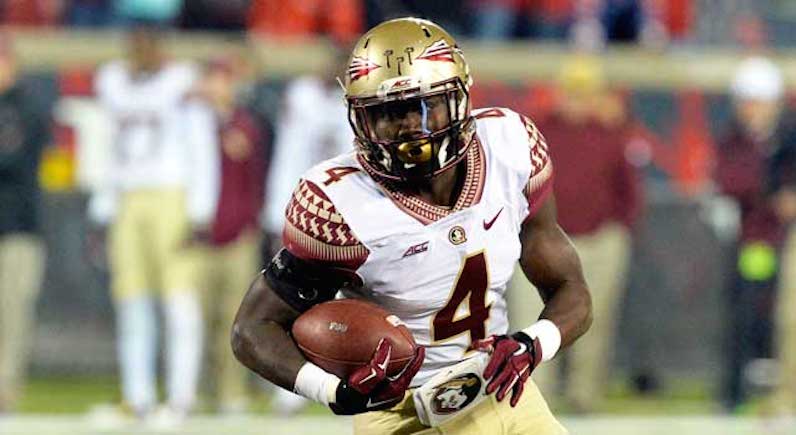 The Atlantic Coast Conference had seven players chosen in the second and third rounds of the 2017 National Football League Draft Friday night in Philadelphia.

The seven selections brings the ACC to a total to 11 draftees in the first three rounds of the NFL Draft. Clemson led with three picks and Florida State and North Carolina had two each. Boston College, Miami, NC State and Pitt each had one player chosen.

Florida State’s Dalvin Cook, who was chosen in the second round and 41st overall, became the highest drafted running back for the Seminoles in 20 years, or since former FSU standout Warrick Dunn was taken 12th in the 1997 NFL Draft.

The selection of Pitt RB James Conner, the 2014 ACC Player of the Year, who overcame both Hodgkin’s Disease and a knee injury in 2015, continued his comeback. Conner, voted the 2016 ACC Brian Piccolo Award for Courage after rushing for over 1,000 yards last fall and earning first-team All-ACC honors, was chosen by the Pittsburgh Steelers.

The selection of NC State safety Josh Jones in the second round by the Green Bay Packers marks the fifth Wolfpack defensive back selected in the NFL Draft in the last five years, following Earl Wolff and David Amerson in 2013, Dontae Johnson in 2014 and Juston Burris in 2016.

Clemson cornerback Cordrea Tankersley became the third member of the National Champion Tigers to be drafted when he was chosen in the third round as the 97th overall pick. He joined WR Mike Williams and QB Deshaun Watson who made NFL history Thursday night when they were each chosen among the first 12 players. They became the first pair of a quarterback and wide receiver from the same team to be drafted in the first 12 selections in NFL Draft history.

Also on Thursday night, when Trubisky and Watson were taken in first round of the NFL Draft, it marked the first time two quarterbacks from current ACC schools were chosen in the first round since 1983 when Jim Kelly (Miami) and Dan Marino (Pitt) were each chosen.