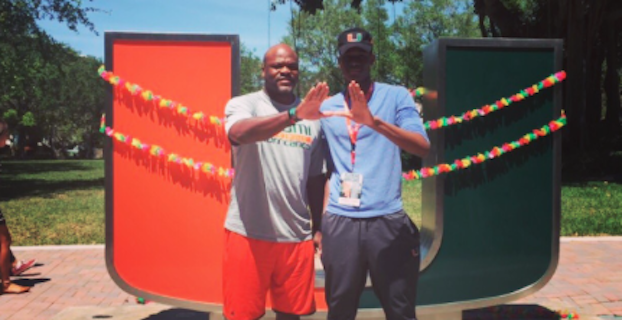 The summer months continue to bear fruit for ACC football programs on the recruiting front, and in the last week, multiple teams have added new commitments from the 2017 class. Those teams include:

The Eagles added a defensive back to their 2017 class when Tate Haynes made his decision on Monday:

An unranked prospect out of Cathedral Catholic High School in San Diego, Calif., Haynes plays quarterback at the high school level. He is a 6-1, 174-pound recruit.

Paul Johnson and his staff were able to seal the deal on one of their top offensive line targets on Tuesday when Savannah, Ga., guard Zach Quinney committed to the Yellow Jackets:

Considered the No. 111 senior in his state, Quinney is a 3-star prospect and claimed offers from Mississippi State, North Carolina, Wake Forest and several mid-majors. He is the fourth in-state commitment for Georgia Tech this cycle.

Starting last Friday, the Cardinals snagged a trio of pledges over the course of only two days. Cornerback Anthony Johnson and safety Lyn Strange got the ball rolling by jumping on board July 15, and a day later, linebacker Dorian Etheridge made his call:

Johnson (2-star from Hollywood) and Strange (3-star from Tallahassee) both hail from Florida. Etheridge is a resident of Charleston, W.Va., and is a 3-star prospect.

Like the Cards, Miami also pulled off a trifecta in the last week. The Hurricanes added defensive back Brian Edwards to their 2017 class last Friday, and he was followed by offensive lineman Zalontae Hillery over the weekend and wide receiver Evidence Njoku on Monday:

Georgia has become a popular target state for UNC since Larry Fedora took over the program in 2012, and the Tar Heels reeled in a heavily recruited Peach State talent on Monday in cornerback Tre Shaw:

A 4-star standout from Ellenwood, Ga., Shaw is ranked the No. 284 overall player in his class.

The Demon Deacons expanded their 2017 class to 14 members with the additions of linebacker Jeffery Burley of Jackson, Ga., on Monday and safety Avery Showell of Alpharetta, Ga., on Tuesday:

Both players are 3-star prospects.

* — Recruiting rankings according to the 247Sports composite index.