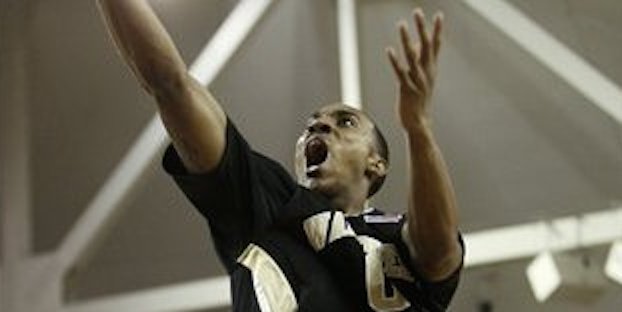 We received an email from one of our members, James in Winston-Salem, who had a question for ACC Sports Journal staff. If you would like our writers to answer your question or address an issue you think we’ve missed, drop us a line at mailbag@accsports.com

Jeff Teague had an All Star season and led the Hawks deep into the NBA playoffs. Hard to believe the ACC media completely overlooked him in their awards voting while he was at Wake Forest. Maybe if he’d played at Duke or Carolina, he’d have won Player of the Year or at least All ACC.

Is he the best NBA player to get overlooked while in the ACC? He has to be pretty close.

Teague had an outstanding season and has established himself as one of the top guards in the NBA. And it’s true that his college honors didn’t indicate that he would have that level of impact at the next level.

Still, Teague has some work to do before he can be called the most-underrated ACC player ever. Looking at ACC players who, like Teague, were never named first team all-conference, there are NBA dunk champions (Spud Webb), All Star MVPs (Kyrie Irving) and winners of multiple NBA titles (John Salley — 4, Scott Williams — 3).

There are also some long, prolific NBA careers. Here’s a look at the ten highest NBA scorers who never won an ACC honor beyond Teague’s second-team accolades.

A case can definitely be made for a Carolina/Duke bias in ACC awards. The only players from either team to make the top 10 underrated list are a pair of Blue Devils who left after one year.

As for Teague, he’s currently in 23rd place on the underrated list, although he could easily break into the top 15 next season.

But, second team All ACC isn’t chopped liver. What about the truly overlooked ACC players?  Here are the best NBA careers for ACC players who won nothing in college–no All Rookie Teams, no All Defense, not even a Player or Rookie of the Week honor.

In addition, there are two drafted players who never won any award in the ACC and are 486 NBA points away from cracking the truly underrated list: Chris McCullough and J.P. Tokoto.