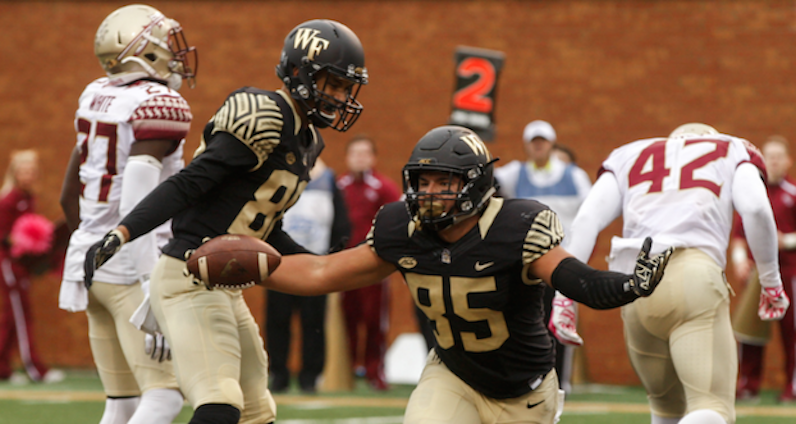 The Atlantic Coast Conference led all conferences with nine players selected to the 2017 Preseason John Mackey Award Watch List, which was announced Tuesday by the Friends of John Mackey.

Louisville was one of three schools nationally to have two players chosen to the list in juniors Micky Crum and Jordan Davis.

Given annually to the most outstanding collegiate tight end, the award recipient is selected by vote of the John Mackey Award Selection Committee and the 2017 Mackey Award recipient will be announced on December 6, 2017. He will then be presented live on December 7, 2017, at The Home Depot College Football Awards Red Carpet Show on ESPNU. All future announcements can be found at www.johnmackeyaward.com.

NFL Hall of Fame member John Mackey, who played collegiately at current ACC member Syracuse from 1960-62, is considered to be the best to have played the tight end position.  A tight end by whom all others are measured, Mackey was a role model on and off the field as demonstrated by his Super Bowl Championship, his commitment to community and his place in history as the first President of the NFLPA.