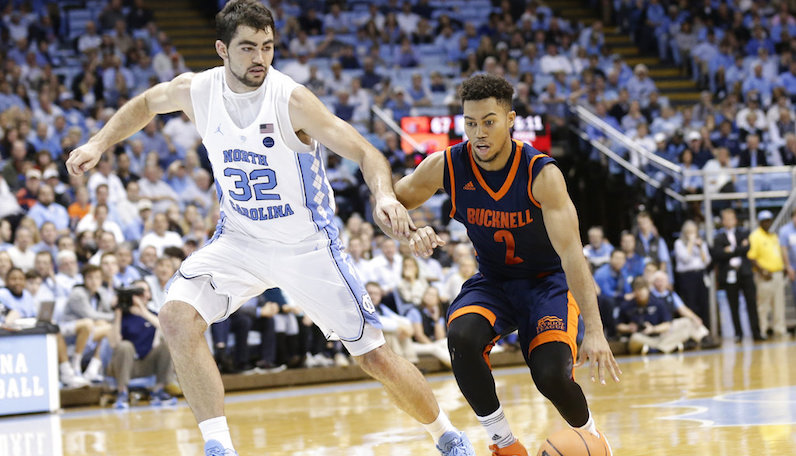 The ACC boasts some of America’s premier academic instutions. So it’s no surprise that the league claims some of the nation’s top graduation success rates (GSRs), as recently released by the NCAA.

The ACC stands as the nation’s top Power 5 program in graduation success rates for the three major revenue men’s sports of baseball, basketball, and football.

In all, 30 of 43 ACC teams in those three sports reached graduation success rates above the national average. The ACC ranks first in the Power 5 in both baseball and basketball, while tying for first in football.

Notre Dame may not be an official member of football in the ACC. But the institution significantly raises the league’s profile in both men’s basketball and baseball, among other sports.

Notre Dame, the national champion for 2017 for Division I in graduation success rate, ties Duke for the ACC lead in men’s basketball with a perfect 100. The Fighting Irish are tied for second with Boston College and Duke in baseball, with a GSR of 95. Only Clemson, who scored a 100 on the diamond, posted a higher figure. Notre Dame’s GSR of 96 in football would tie for first place in the ACC with Duke if the Irish were a full member.

The Blue Devils lead the way for the ACC in both men’s basketball and football GSRs, with rates of 100 on the hardwood, and 96 on the gridiron. Duke is the only athletic program in the ACC with GSRs at 90 and above in all three revenue men’s sports.

Boston College is not far behind Duke in GSRs in football and baseball. The Eagles (90) join Duke and Wake Forest (93) as one of three ACC schools with 90 or better GSRs in football. BC is also one of four ACC baseball programs with GSRs of 95 or better.

Virginia Tech posted GSRs in the 80s in all three revenue men’s sports. Clemson also posted rates in the 80s in football and basketball to go along with the 100 the Tigers scored in baseball.

Only one ACC athletic program – North Carolina – ranked in the bottom five among its leaguewide peers in GSR in all three men’s revenue sports. The Tar Heels ranked dead-last in GSR in men’s basketball (40) and football (66), while ranking 11th in baseball (81).

In a University statement, UNC director of athletics Bubba Cunningham explained that the school’s low graduation success rate in men’s basketball was attributed largely to underclassmen leaving for the NBA, and not completing their studies within the six-year window.

“Players who leave in good academic standing don’t count against a school,” Cunningham said. “But when those players begin to take classes to finish their degree, which obviously we all agree is a good thing, they count against you if the degree is not completed within the six-year window. That happens frequently and needs to be addressed by the NCAA.”

Who will be UNC’s starting quarterback in 2018?