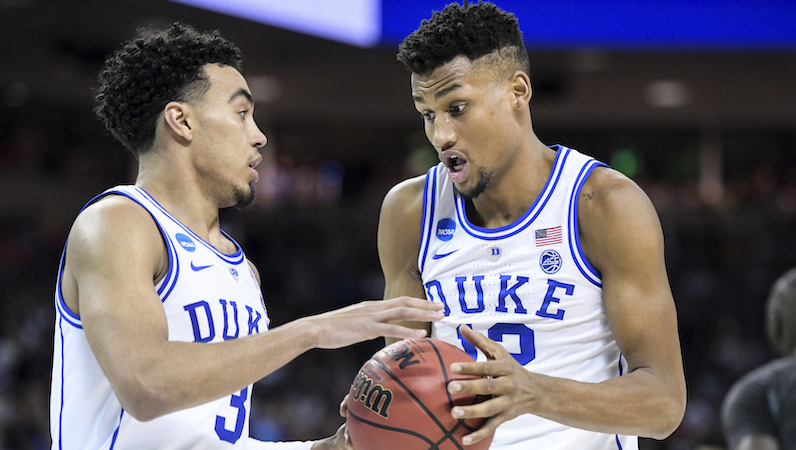 Duke was selected as the favorite to win the 2019-20 Atlantic Coast Conference Men’s Basketball Championship, as chosen by media members at 2019 Operation Basketball. Picked as the preseason ACC favorite for the fourth straight season and the sixth time in seven years, the Blue Devils were followed by North Carolina, Louisville and reigning national champion Virginia atop the poll.

Louisville junior forward Jordan Nwora was picked as the Preseason ACC Player of the Year. A 2019 Third-Team All-ACC selection and the 2019 ACC Most Improved Player honoree, Nwora averaged 17.0 ppg and 7.6 rpg a season ago.

North Carolina guard Cole Anthony was selected as the Preseason ACC Freshman of the Year. Anthony was a 2019 USA Today First-Team All American and Virginia Gatorade Player of the Year. He also was named MVP at the 2019 McDonald’s All-American Game and at the 2019 Jordan Brand Classic.

The ACC’s current 15 member schools have captured eight of the last 19 NCAA Championships and 17 overall, including Virginia’s first title in 2019. Current ACC member schools have combined for 62 Final Four appearances and a national-best 639 NCAA Tournament wins. League teams have combined to win an NCAA-record 74 NCAA Tournament games over the past five seasons, highlighted by a 68-29 mark versus teams from outside the conference.

Additionally, four of the top eight and six of the top 30 winningest programs in NCAA Division I basketball history currently reside in the ACC. Three of the six active Division I coaches currently in the Naismith Basketball Hall of Fame are competing in the ACC again this season – Duke’s Mike Krzyzewski, North Carolina’s Roy Williams and Syracuse’s Jim Boeheim. The article was helped by Klausur schreiben lassen