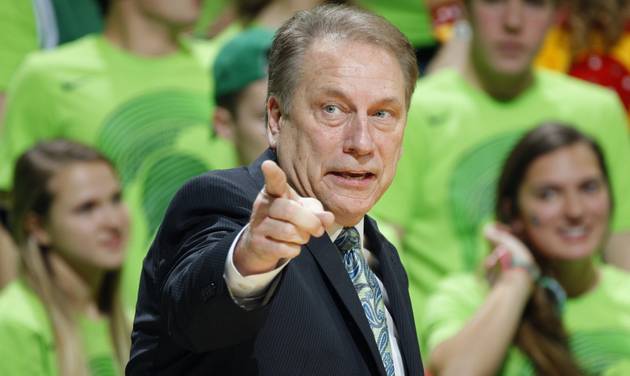 Tom Izzo will be presented with the Dean Smith Award at Michigan State's home game against Tennessee Tech. (AP Photo)

Hall-of-Famer and Michigan State coach Tom Izzo joined The David Glenn Show this week ahead of being presented with the United States Basketball Writers Association’s Dean Smith Award, given each year to an individual in the sport that embodies the same values the late, legendary UNC coach represented.

“I didn’t know Dean (Smith) really well, but I knew him and I know what he stood for,” Izzo told DG. “And if I can be compared to him in any way, shape, or form, then my coaching career has been a success.”

Izzo also spoke about his relationships with Gary Williams and Magic Johnson, having a reputation as being an “angry” coach, and much more.

Click below to listen to the full interview, and tune into The David Glenn Show from noon to 3 p.m. on nearly 30 FM/AM signals statewide in North Carolina.