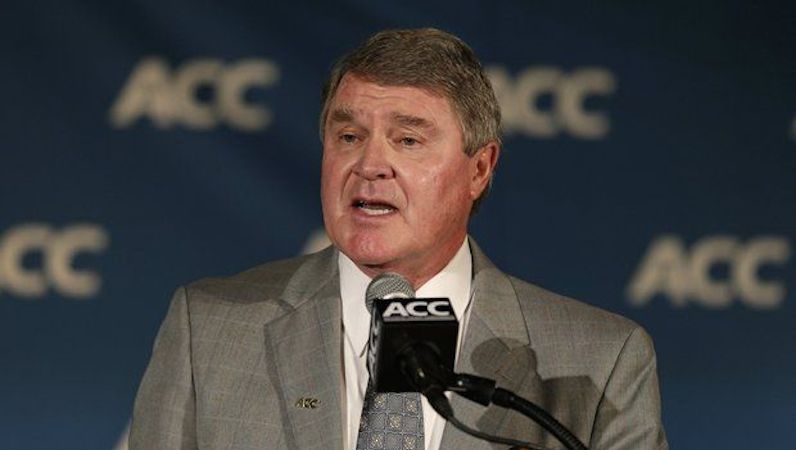 The devoted, linear ACC Network will launch in 2019. (AP Photo)

ESPN’s recent layoffs of around 100 on-air personnel have led to speculation regarding the ACC Network.

Last summer, with the Worldwide Leader as its partner, the league announced plans for the ACC Network’s linear launch in 2019. The recent turmoil at ESPN, however, led some to question if those plans were in jeopardy.

On Wednesday, David Glenn tweeted an internal ACC memo stating that the plans remain unchanged. In a Thursday radio segment, Glenn explained why this isn’t the worst timing for the conference to launch its network.