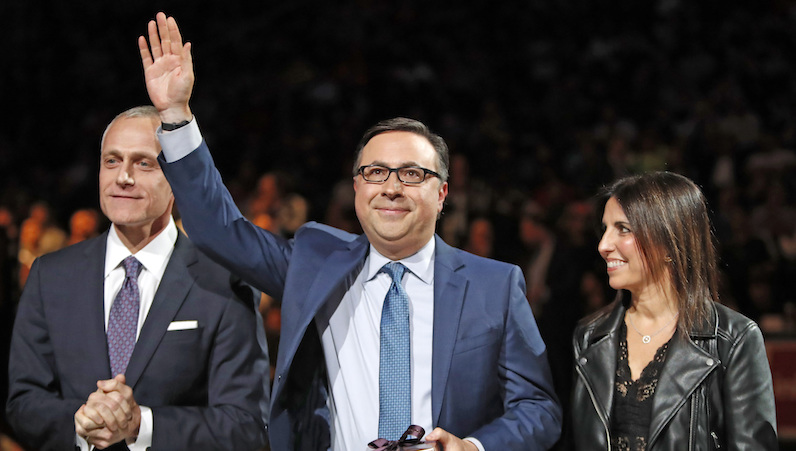 Brooklyn Nets CEO Brett Yormark, left, applauds veteran Nets broadcaster Ian Eagle, center, who acknowledges the crowd after accepting a gift from Yormark as the Nets celebrated Eagle's 25-year career during a break in the first half of the team's NBA basketball game against the Portland Trail Blazers, Thursday, Feb. 21, 2019, in New York. Eagle's wife, Alisa, is at right. (AP Photo/Kathy Willens)

Ian Eagle, one of the voices of March Madness, stops by The David Glenn Show to talk all things brackets and NCAA Tournament. Glenn and Eagle to discuss the tournament’s storylines, the tragic news regarding Florida State’s Phil Cofer, the health of Kentucky’s PJ Washington, Coby White’s ridiculous speed and Duke basketball.

Eagle will be in Kansas City and on the call for North Carolina’s matchup with go-go Auburn.

Click to listen to the full interview with Ian Eagle