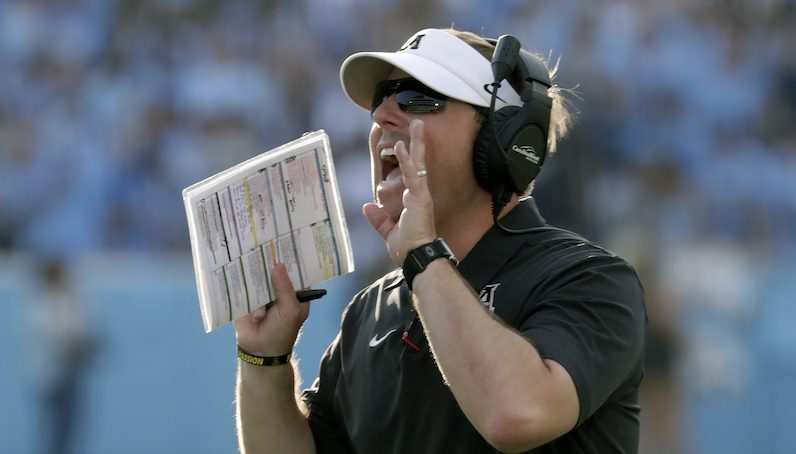 After leading Appalachian State to a road win over North Carolina, first-year head coach Eliah Drinkwitz stopped by The David Glenn Show. Drinkwitz, the former offensive coordinator for Dave Doeren at NC State (2016-18), talked about preparing for the UNC game, receiving messages from Bill Belichick and Luke Combs and building chemistry at a new program.

Drinkwitz: I had several colleagues from around the country, and even Bill Belichick sent me a text Saturday night to congratulate us on a win. Yesterday, I got a text from Luke Combs, and that was pretty cool for me.