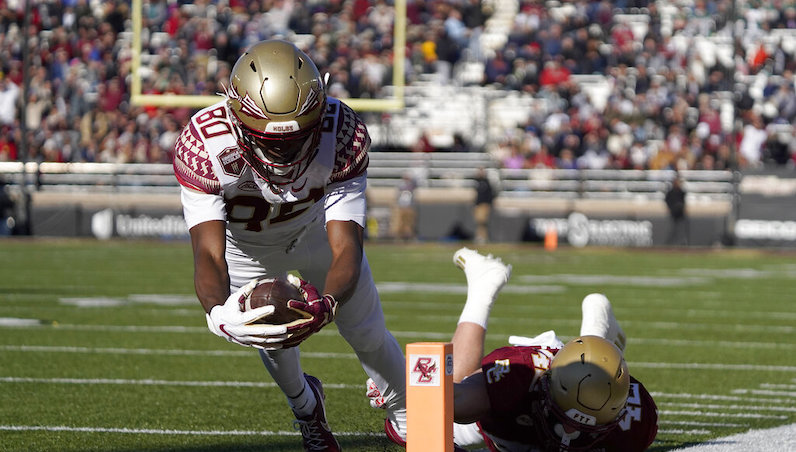 Florida State wide receiver Ontaria Wilson (80) dives into the end zone for a touchdown ahead of Boston College linebacker Vinny DePalma (42) during the first half of an NCAA college football game, Saturday, Nov. 20, 2021, in Boston. (AP Photo/Mary Schwalm)

It’s clear that NC State, UNC and Virginia Tech have all made a connection with Culliver; however, Florida State is the leader for Culliver, a Top 15 prospect from the state of North Carolina.