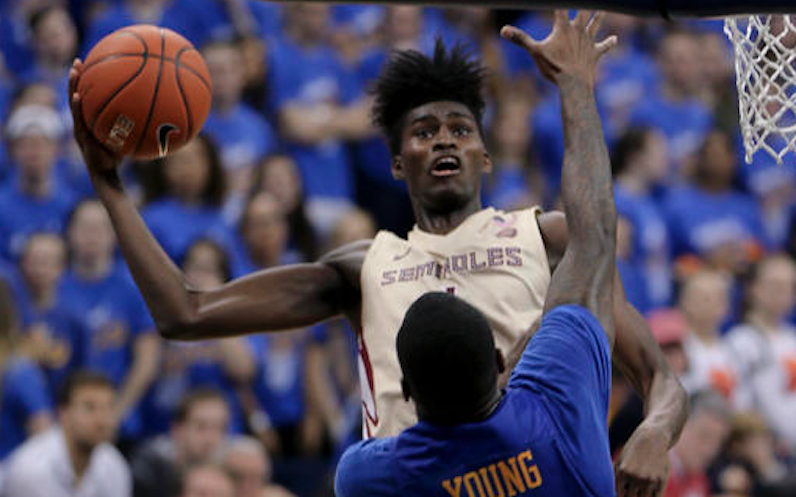 For Florida State on the hardwood, the 2016-17 season has exceeded all expectations.

The Seminoles will close the regular season on Saturday at home against rival Miami. At stake for FSU is a double-bye in the ACC Tournament, its first perfect home slate in more than six decades and a school-record 24 wins during the regular season.

A truly special season for Florida State, however, probably won’t end with many individual accolades. But there will be a few. The All-ACC teams are expected to be announced on Sunday, and the Seminoles could be represented.

Forward Jonathan Isaac will undoubtedly land on the All-ACC Freshman Team. Isaac is averaging nearly 13 points per game while leading the Seminoles in rebounds and blocked shots.

The odds of Isaac being named the conference’s top freshman, though, are slim. That honor will likely go to NC State’s Dennis Smith Jr.

Dwayne Bacon, a sophomore guard and Florida State’s leading scorer, probably won’t be first-team all-conference. He could, however, land on the second or third team. Bacon had been in a bit of a slump before a 19-point effort on 6-of-9 shooting against Duke on Tuesday night. Bacon was an All-Freshman Team selection last season.

Another candidate to represent Florida State on an All-ACC team is redshirt junior guard Xavier Rathan-Mayes. XRM isn’t putting up the offensive numbers he did as a freshman when he was named All-ACC honorable mention, but he has become more efficient all around and serves as the straw that stirs the drink for an FSU offense that ranks in the top 20 nationally in field-goal percentage and points per game.

Rathan-Mayes is shooting 46 percent from the field and 34 percent from deep this season, which are both career highs. His 4.8 assists per game average ranks fifth in the conference. Rathan-Mayes also ranks second in assists-to-turnover ratio at just under 3:1. His recent play on the defensive end may also make him a candidate for the conference’s all-defensive team.

As for Hamilton himself, he could be in line for a third ACC Coach of the Year award. The Seminoles head man won the award in 2009 and 2012 after leading FSU to the NCAA tournament in each of those campaigns. During the 2008-09 season, the Seminoles improved from 7-9 to 10-6 in ACC play. In 2012, Florida State went 12-4 en route to its first ACC title.

If the Seminoles defeat Miami on Saturday and claim a double-bye in the ACC Tournament, it would be a four-win improvement in conference play from last season. Only Wake Forest has had a bigger increase.