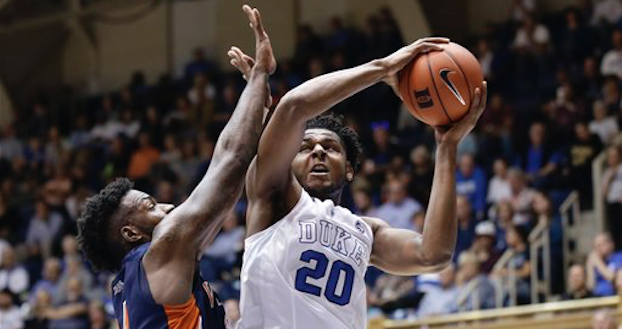 Former 5-star recruit Marques Bolden might be Duke’s next one-and-done product, but it doesn’t mean he’ll declare for the NBA Draft.

According to 247Sports, Bolden is considering transferring out the Blue Devils program.

The freshman center averaged 1.5 points and 1.1 rebounds per game in 24 contests this season. His rookie campaign got off to a slow start after he suffered a leg injury in November. Bolden made his college debut against Maine on Dec. 3 but started just one contest as a freshman.

DraftExpress projects Bolden as the No. 33 overall pick in the 2018 NBA Draft. Should he transfer, he’ll have to sit out the 2017-18 season.