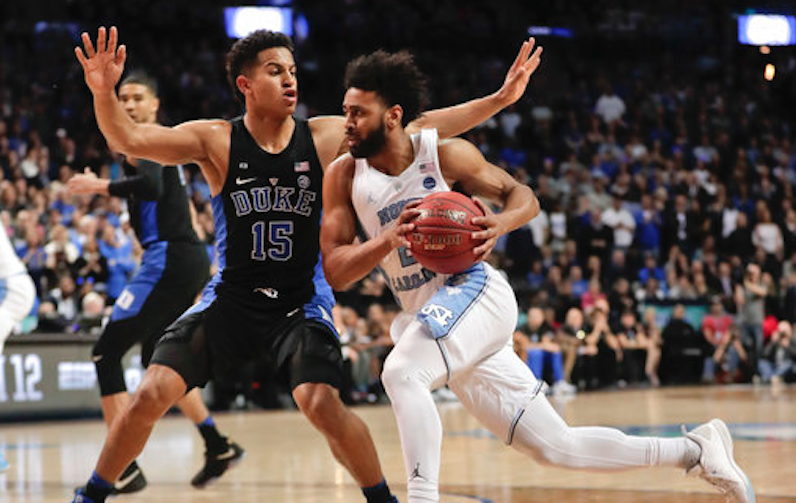 North Carolina’s 93-83 loss to Duke in Brooklyn last week didn’t merely cost the Tar Heels a chance to sweep ACC titles. The defeat fanned the flames of an agonizing eight years of futility Carolina has suffered against the Blue Devils in the Duke-UNC rivalry.

With Friday’s ACC Tournament loss, Roy Williams is 12-18 in the rivalry since returning to Chapel Hill in 2003. What’s worse for Williams and the Tar Heels is the trajectory the rivalry has taken in recent years.

UNC’s 79-71 Senior Day triumph over the Blue Devils in 2009 sent that year’s seniors out with a 6-2 record against Duke. At that juncture, the Tar Heels had won seven out of nine games against the Blue Devils. Tyler Hansbrough, Danny Green, Mike Copeland and Bobby Frasor made up the first group of players to go 4-0 in Cameron Indoor Stadium since Tim Duncan and Marc Scott of Wake Forest’s 1996-97 squad.

For two straight winters, UNC has come away from its first game against Duke thinking it should have won. Last year the Tar Heels blew an eight-point lead in the final seven minutes on the way to a one-point loss in Chapel Hill. This year UNC made just 10 of 18 free-throw attempts, while getting out-rebounded, in an 86-78 setback in Durham. The Heels also blew a 13-point lead in Friday night’s ACC Tournament semifinal loss.

This season, UNC and Duke could only meet again if they both managed to reach the national championship game.

It won’t happen easily, of course. Defending national champion Villanova stands in Duke’s way in the East Region; powerhouses Kentucky and UCLA are in UNC’s path in the South Region. But if the Tar Heels and Blue Devils pull through, their biggest matchup ever would be awaiting.

For UNC, there would no bigger stage on which to remove the proverbial Duke monkey off its back.

For the Devils, a fourth encounter with UNC would be an opportunity to continue their success in the rivalry.

Only this time, the stakes — and the bragging rights — would be greater than ever before.