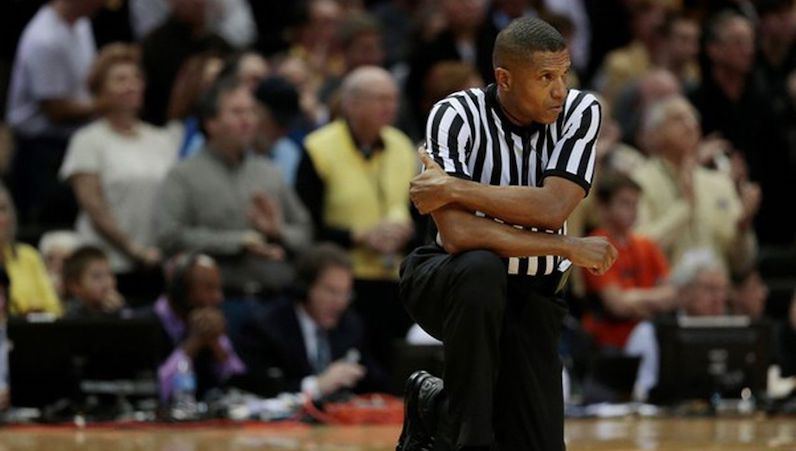 According to a report from college basketball insider Jeff Goodman, six of the referees assigned to work the 2021 NCAA Tournament have been sent home. The decision comes as a result of one positive COVID-19 test and contact tracing.

The NCAA normally brings in 100 referees to work this tournament; however, for the Indianapolis Bubble that number is down to 60. As Goodman reports, the refs were told by the NCAA to arrive and check into their hotels by Sunday night. Unfortunately, the hotel rooms weren’t ready for check-in when the officials arrived.

Instead of remaining at the hotel, the group of six refs decided to go eat dinner at a steakhouse in downtown Indianapolis. After returning the the hotel, they took COVID-19 tests; one of the referees tested positive, according to Goodman.

On Monday morning the same referee was tested again and returned another positive result. Due to Indiana Department of Health, all six referees — who eat together without wearing masks — were deemed unable to work the event.

BREAKING: 6 top referees – including Ted Valentine, John Higgins and Roger Ayers – have been sent home from Indy due to one positive test and contact tracing, sources told @stadium. They went to dinner after hotel rooms not ready.