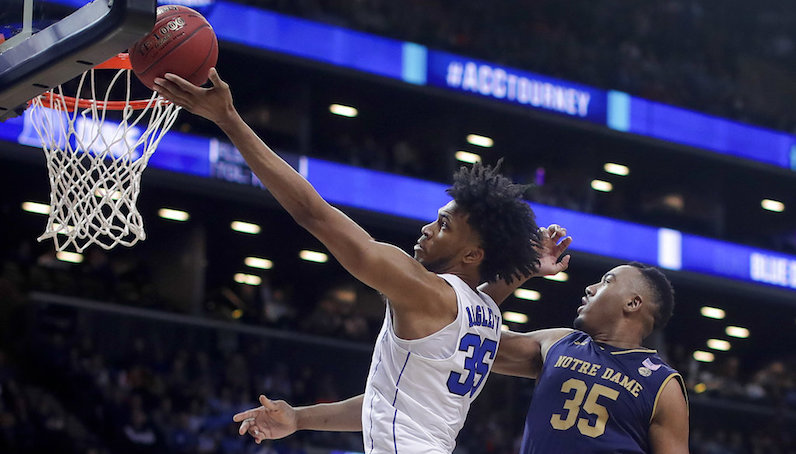 Additionally: Along with Duke and Notre Dame, North Carolina’s win over Miami combine as the highest-rated primetime quarterfinals in tournament history. It’s a 71 percent increase over the 2017 quarterfinals. Of course, that nighttime portion of the bracket didn’t feature Duke or UNC.

ALSO: Notre Dame vs. Duke and UNC vs. Miami –

It also doesn’t hurt that Marvin Bagley — a must-see player — was featured of last night’s games, too. We will keep an eye on the semifinal ratings; those, too, could be record-setting, considering the teams involved.