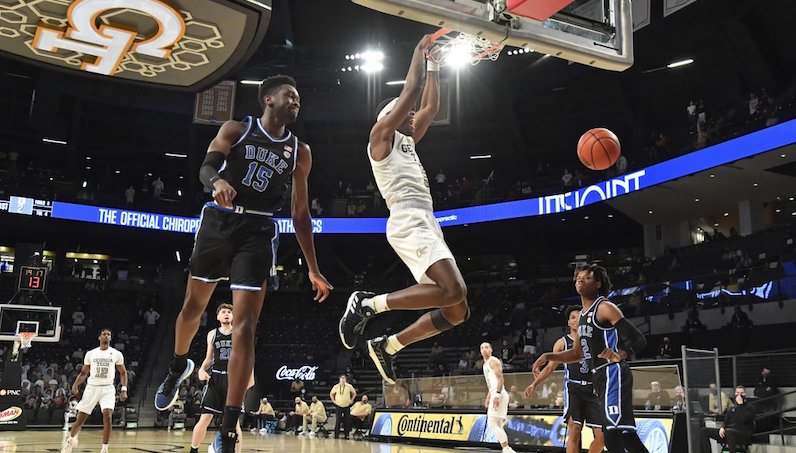 Georgia Tech's forward Moses Wright (5) hangs from the basket after dunking during the first half against Duke in an NCAA college basketball game Tuesday, March 2, 2021, in Atlanta. (Hyosub Shin/Atlanta Journal-Constitution via AP)

The full/final early-entrant list will come out next week: June 1. That group will include underclassmen and international prospects — along with additional seniors that declare.

This list, however, will afford NBA franchises two extra weeks to scout a group of potentially NBA-ready prospects that would’ve been allowed to go through workouts and interviews — based off the NCAA’s decision to grant all players an extra year of eligibility in October.