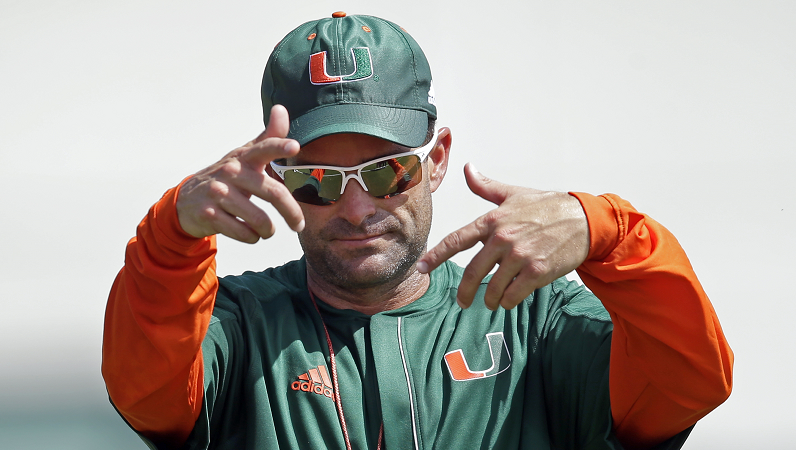 Which ACC football coordinators are the strongest candidates for a head coaching opportunity? We take a closer look at three top-flight assistants who will soon be in line to lead programs of their own.

Venables then spent over a decade at Oklahoma, helping the Sooners win a national championship in 2000 before making his way to Clemson. With the Tigers, Venables won the Broyles Award as the nation’s top assistant coach in 2016 – the same year Clemson won the NCAA title. Only 47 years old, Venables probably won’t be able to wait out Dabo Swinney, who is just one year older than him. If he wants to become a head coach, he’ll ultimately have to leave Death Valley.

This offseason, Clemson showed its commitment to Venables by making him one of the nation’s highest-paid assistants. He will be making head coach money while serving as Clemson’s defensive coordinator. Venables’ newly-negotiated $11.6 million contract pays him hefty retention bonuses of up to $1.6 million if he stays at Clemson through 2022, with no buyout if a head coaching job he desires comes calling. Talk about the ideal situation to be picky, and wait for the perfect opportunity.

Diaz overcame a rough stint at Texas in 2012 and 2013 with successful runs at Louisiana Tech, Mississippi State, and Miami. Before his time at Texas, Diaz was gaining a reputation as and up-and-comer in the ACC with successful tenures at Florida State and N.C. State. He won a national championship at FSU, his alma mater, as a graduate assistant in 1999. Then he went to Raleigh and helped the Wolfpack become a top ten defense nationally with a future No. 1 NFL Draft pick, Mario Williams.

Slowly but surely, Diaz is bringing the swagger back to Miami’s storied defense. Last season, the Canes ranked second in the ACC in sacks, interceptions, and yards allowed per play. Before a late-season collapse, the Canes were considered among the nation’s top defenses.

Through five games this season, Miami led the ACC in total defense and yards allowed per play, and ranked second in touchdowns allowed. The Canes are also in the top four in the ACC in both sacks and interceptions.

One thing the Canes have in their favor in terms of keeping Diaz is that he’s a native of Miami. But at 44 years of age, Diaz is reaching the ideal time in his life to make the transition from coordinator to head coach. His recent successes at Miami only improve the likelihood that a program will come calling soon to make him their head man.

Although he’s flying under-the-radar as a head coaching candidate compared to bigger names like Venables and Diaz, Ruggiero has built an impressive resume over the past couple decades. During his time of Hofstra, Ruggiero helped develop wide receiver Marques Colston into a future NFL standout. In one season at Kansas State, he helped mold quarterback Josh Freeman into a first round selection in the 2009 NFL Draft.

At each of his last four coaching stops (Elon, Kansas State, Bowling Green, and Wake Forest), Ruggiero’s offenses have ranked in the top six nationally in passing offense. He has also developed an All-American quarterback at five of his most six recent coaching destinations. Wake Forest rewrote its offensive record books last season, riding John Wolford to its first 8-win season since 2008. This season, the Demon Deacons are again in the top five in the ACC in scoring offense and passing offense. They also rank second in the league through five games in rushing offense and total offense.

Ruggiero will likely have to find a FCS school or non-Power Five program to get his first head coaching start. But at age 52, with his prolific record developing offenses, the time is right for Ruggiero to get his chance.