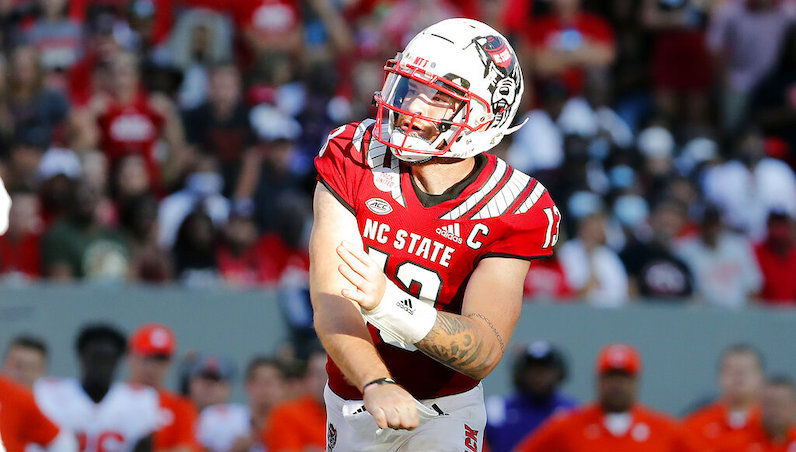 North Carolina State's Devin Leary (13) watches the ball against Clemson during the second half of an NCAA college football game in Raleigh, N.C., Saturday, Sept. 25, 2021. (AP Photo/Karl B DeBlaker)

With the ACC Spring Meetings underway, one topic that’s being revisited: scheduling and the conference’s divisions. According to a report from ESPN’s Pete Thamel, the league’s two divisions could ultimately be eliminated — as early as 2023.

Currently, the ACC is divided in two divisions: Atlantic and Coastal.

Sources: Under discussion this week at ACC meetings will be the future of scheduling, including the potential to eliminate divisions as early as 2023. This was discussed last week on calls to set up the meetings.

In many ways, this would be a significant development. As it pertains to ACC football, though, would lead to slightly more dynamic scheduling models, per Thamel.

One suggestion — to get the necessary eight conference games — would include each ACC program have three permanent opponents and a rotation of five additional opponents, switching on and off each year.

Another suggestion: two permanent opponents for each program and a rotation of six opponents, which would add even more variety to the schedule.