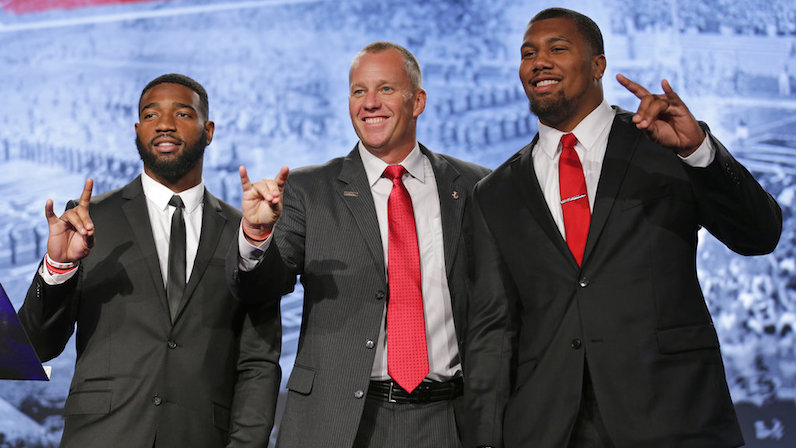 CHARLOTTE, N.C. — It’s the the middle of July; the weather is sunny and very hot. This of course means it’s time to go to the beach, right? Well, maybe, but it’s also time to talk football. Welcome to the ACC Kickoff.

Here’s a rundown of some of what happened in Buzz City.

Also, this was the media contingent before Lamar Jackson arrived. pic.twitter.com/ZSZ8Op5mJh