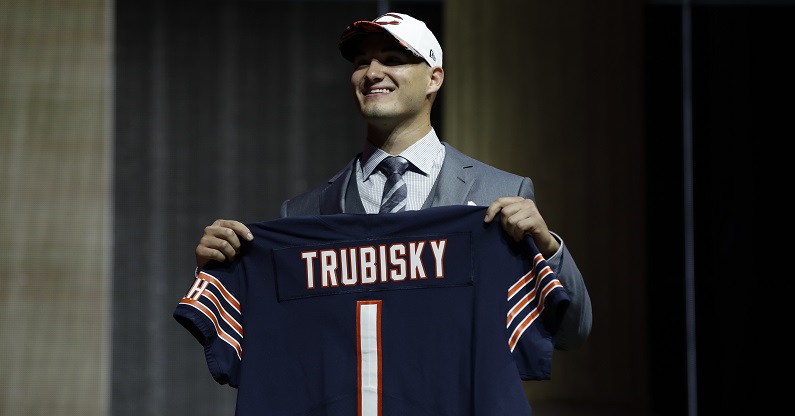 North Carolina's Mitch Trubisky poses after being selected by the Chicago Bears during the first round of the 2017 NFL football draft, Thursday, April 27, 2017, in Philadelphia. (AP Photo/Matt Rourke)

The Atlantic Coast Conference had four players chosen in the first round of the 2017 National Football League Draft Thursday night in Philadelphia.

The four selections brings the ACC to a total of 73 first-round draftees in the last 13 years, beginning with the 2005 draft. That is the second-highest total of any conference.