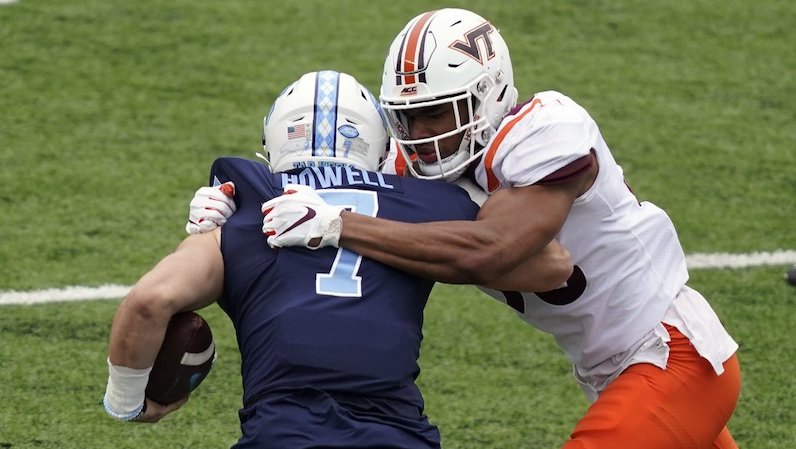 The Atlantic Coast Conference and its television partners announced the kickoff times and networks for all ACC controlled contests during the first three weeks of the 2021 football season Thursday.

Also included are the times and networks for the Thursday and Friday night contests throughout the 2021 season.

“It’s with great anticipation that we look forward to the 2021 ACC football season,” said ACC Commissioner Jim Phillips. “We are so proud of the continued efforts and resiliency by our student-athletes, coaches and institutional leadership in keeping everyone healthy and safe. ACC football is once again poised for tremendous exposure this season. Our teams are playing arguably the toughest non-conference schedule in the country, which kicks off Labor Day weekend with games over five consecutive days. We appreciate our fantastic television partners that provide fans access to their favorite ACC teams. As we enter the third football season on ACC Network, we know this season will showcase our outstanding programs more than ever before.”

The ACC college football season kicks off Thursday, Sept. 2, when NC State plays host to USF at 7:30 p.m. on ACC Network.  That is the first of five consecutive days of ACC football action over the Labor Day weekend.

Among the games announced today is the league’s first conference matchup of the season between North Carolina and Virginia Tech on Friday, Sept. 3, in Blacksburg, Virginia.  Kickoff is set for 6 p.m. on ESPN. Other Labor Day weekend marquee matchups, which were previously announced, include Miami vs. Alabama (Sept. 4, 3:30 p.m., ABC in Atlanta), Clemson vs. Georgia (Sept. 4, 7:30 p.m., ABC in Charlotte), Notre Dame at Florida State (Sept. 5, 7:30 p.m., ABC in Tallahassee) and Louisville vs. Ole Miss (Sept. 6, 8 p.m., ESPN in Atlanta).

The second weekend of the season features two more ACC-SEC matchups – Pitt at Tennessee (noon, ESPN) and NC State at Mississippi State (7 p.m., ESPN2 or ESPNU).  The weekend also includes a quadruple-header on ACC Network starting with Illinois at Virginia at 11 a.m., followed by Rutgers at Syracuse at 2 p.m., South Carolina State at Clemson at 5 p.m. and Jacksonville State at Florida State at 8 p.m.

The ACC’s non-conference schedule continues to be the most difficult in the country. In addition to 23 games against Power 5 opponents (including Notre Dame), the ACC will play 13 non-conference games against teams ranked in the final 2020 AP Top 25 poll. All 14 teams play at least one Power 5 non-conference opponent, while nine teams – Clemson, Duke, Florida State, Georgia Tech, Louisville, Miami, North Carolina, Virginia and Virginia Tech – play two.

The 2021 ACC Football Championship Game will be played Dec. 4 at Bank of America Stadium in Charlotte, North Carolina, and feature the winner of the Atlantic Division vs. the winner of the Coastal Division.  The game will be televised by ABC with kickoff time announced at a later date.