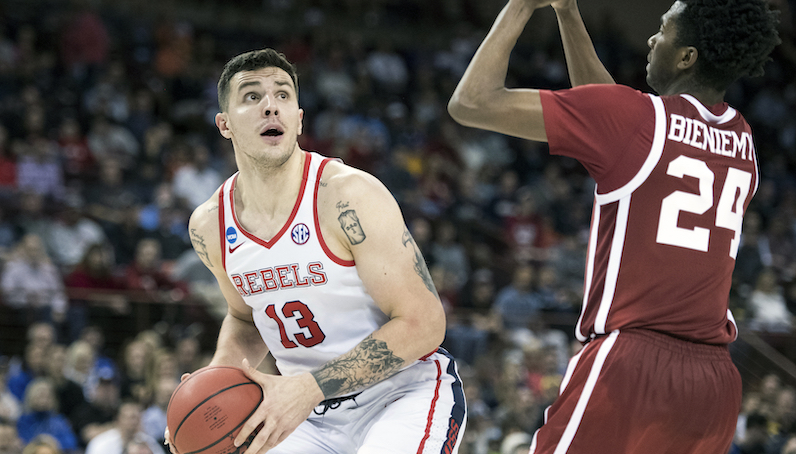 As the calendar flips to May, there’s still plenty of basketball news to get to — specific to roster construction. With that in mind, here’s today’s ACC Daily Digest.

Not too long after a recent visit to the school, Atticus Taylor committed to NC State. Taylor, a 6-foot-7 JUCO wing, has three years of eligibility remaining, starting in 2019. He played one season of JUCO ball at Southwest Mississippi Community College.

Taylor played in 17 games this season, making 12 starts; he averaged nine points and over seven rebounds per game.

Over the weekend, Florida State Basketball added some experience and size to its frontcourt: Dominik Olejniczak, a graduate transfer from Ole Miss. The 7-foot Olejniczak hails from Poland, and is well-traveled as a basketball player. (Leonard Hamilton adds another 7-footer to his roster? Shocked!)

Olejniczak started his career during the 2015-16 season at Drake, where he played 30 games; after that, he transferred to Ole Miss. After a redshirt year, Olejniczak appeared in 65 games over two seasons at Ole Miss.

As a junior, Olejniczak played about 18 minutes per game and made 22 starts. He blocked two shots per 40 minutes.

According to a report from Brett McMurphy, starting in 2020 Fenway Park will host a bowl game played between the ACC and the AAC. Currently, a record-setting 43 bowl games are scheduled to be played in the 2020 season.

Jalen Johnson, one of the top five players in the 2020 class, paired his list of schools down to four over the weekend. Duke made the cut — along with Wisconsin, Kentucky and Arizona. The 6-foot-8 Johnson is from Milwaukee.