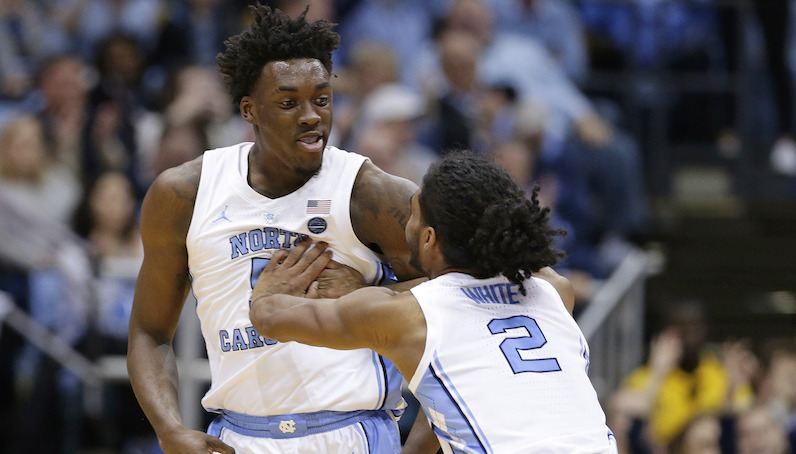 After a hot start Monday night, Virginia Tech held a 22-13 advantage. However, after lead guards Justin Robinson and Nickeil Alexander-Walker got in foul trouble, UNC took advantage. The Heels shot the lights out of the ball, too, in one of the most efficient offensive performances of the season.

Coby White went for 27 points and six assists, while Nassir Little added 23 points, six rebounds and three assists off the bench. The kids are alright.

The ACC handed out its weekly basketball awards on Monday. Syracuse’s Tyus Battle was named Player of the Week; Zion Williamson also took home another Freshman of the Week Honor.

Last May, 4-star Georgia running back Jamious Griffin committed to NC State. However, after recent meets with Georgia Tech and an official visit to Auburn, Griffin has decommitted from NC State.

Florida State’s football staff continues to shift: Ron Dugans returns and will coach the team’s wide receivers. A star receiver himself at FSU in the 1990s, Dugans spent the last three seasons on staff at Miami. Prior to that, though, he worked with Willie Taggart for two seasons at South Florida.

SOURCE: #FSU will hire former #Miami asst. Ron Dugans as the Noles new WR coach. Dugans was a star wide receiver for the Noles in the late 90s and worked for Willie Taggart at #USF.