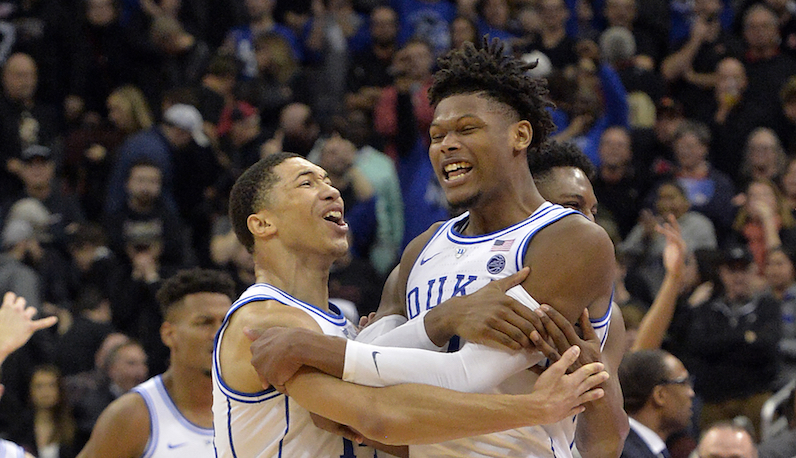 So, anything happen in sports last night? If you’re a Louisville fan, divert your eyes. Or maybe just go back to sleep.

Duke went to a small-ball look with Zion at the 5 and brought the full-court press with Tre Jones and Jordan Goldwire applying ball pressure. The Cards completely short-circuited. Cam Reddish started to see a couple 3-pointers fall, too. And, of course, Zion went bonkers.

Oh, there was one more game of men’s basketball in the ACC last night, too. This was far from a pretty game, but Boston College defeated Pittsburgh 66-57, which ends a four-game losing streak. Ky Bowman led the Eagles with 14 points (2-of-10 2PA) and seven assists.

The Panthers are now losers of their last eight games.

After last week’s signing day saga, we finally have a landing spot for 4-star safety Nick Cross. Unfortunately for Florida State, the top-50 prospect will head to Maryland. This is another big blow for Florida State’s 2019 recruiting, which is an important one for Willie Taggart.