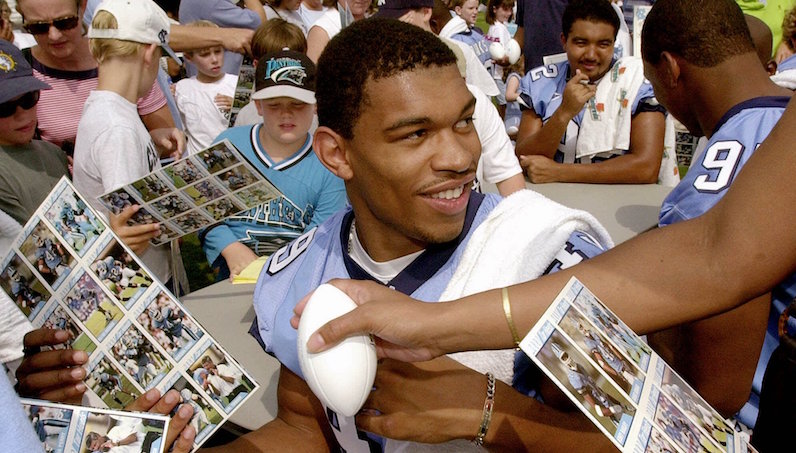 It’s Friday and almost the weekend; we made it, you guys. Before you hunker in to watch a seemingly endless supply of basketball (yay!), here’s what’s going on around the ACC — starting with the legendary Julius Peppers.

One of the greatest to ever do it, Julius Peppers will retire from the NFL after 17 seasons. Peppers ends his career with 159.5 sacks, good for fourth all time, and 11 interceptions. Prior to the NFL — where he played with the Carolina Panthers, Chicago Bears and Green Bay Packers — Peppers was a two-sport star of Paul Bunyan proportions at UNC.

17 seasons, 9 Pro Bowls, and a Super Bowl appearance. With a career that speaks for itself, @juliuspeppers_ says goodbye in his own words. https://t.co/DHm8D9nR3r

He played in 34 games for the Tar Heels on the gridiron. While in a UNC uniform, Pep recorded 53 tackles for loss, 167 tackles, five interceptions, two fumble recoveries, five forced fumbles, 13 passes defensed and 42 quarterback pressures. He won the Lombardi Award in 2001, given to the nation’s top lineman, and the Chuck Bednarik Award, given to the nation’s best overall defensive player as a junior.

(2001) Julius Peppers throws down the alley for UNC to tie it up against Wake Forest. Classic! pic.twitter.com/DGptioUGBy

No. 2 Louisville finally defeats No. 3 UConn

The Louisville women’s basketball team was in the midst of a 17-game losing streak to UConn. That, however, was snapped on Thursday — with the Cards winning on their home floor, 78-69. Once again, Asia Durr led the way 24 points.

CRAWFORD | Bucket list: After years of trying, this time Louisville is too much for UConn. Quick column https://t.co/efhuJYGH0H

According to a report from Pittsburgh Sports Now, wide receiver Eric Kumah — a graduate transfer from Virginia Tech — will visit Pittsburgh. Along with Pitt, Kumah also plans to visit Notre Dame, Penn State and Texas Tech.