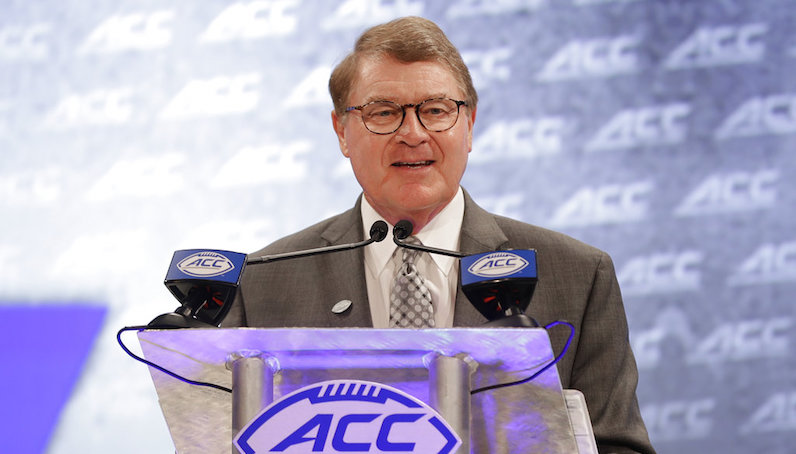 According to a report from David Teel (the league’s preeminent insider) of the Daily Press, the ACC basketball schedule could change soon. In a one-on-one interview with ACC commissioner John Swofford, it was discussed that the league is considering starting the 2019-20 basketball season conference matchups.

The genesis of this idea: the August 2019 launch of the ESPN-backed ACC Network.

Swofford said the ACC is seriously considering playing seven conference men’s basketball games, spread over multiple days, to start the 2019-20 season, and beyond. One of the league’s 15 teams would have a bye, perhaps Duke — which, along with Kentucky, Kansas and Michigan State, competes in November’s annual Champions Classic.

With the 2019 football season set to kickoff, literally, just after the arrival of the network, the ACC will feature multiple conference games during the first week. According to Teel, the most likely matchups for that would be: Georgia Tech at Clemson, Virginia Tech at Boston College and Pittsburgh against Syracuse/Virginia.

For basketball, though, most of the ACC’s conference games take place between January and the first week of March — with a smattering of late-December games. This new proposal/thought, however, would be a major deviation.

It would also be a shinny, high-profile way for the league and ESPN — its television partner — bring attention to the start of college basketball season, which is generally overshadowed by football’s popularity. According to Swofford:

It would be exciting in terms of a new network, and would bring people to the network right at the beginning of the season. … I think fans would be into it both from a network standpoint as well as from a competition standpoint.

Wes Durham: Clemson is a level above anyone else in the league