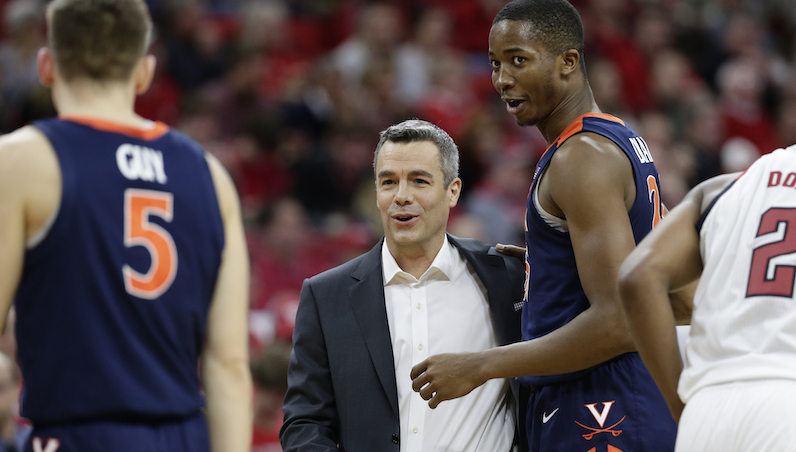 With a sweep of Atlantic Coast Conference Player of the Year and Rookie of the Year honors, Duke’s Zion Williamson leads the league’s 2019 season award winners and the All-ACC basketball team announced on Monday.

Despite being sidelined since suffering a knee injury in the opening minute of Duke’s home game versus North Carolina on February 20, Williamson still ranks third among ACC players in total points scored. His 21.6 points per game scoring average is second among conference players, and he stands third in rebounding at 8.8 per game.

The 6-foot-7, 285-pound native of Spartanburg, South Carolina, has also provided an intimidating defensive presence, ranking fourth in the ACC in blocked shots with 1.85 per game. Williamson received 49 of 70 ACC Player of the Year votes cast by a selection panel consisting of the league’s 15 head coaches and 55 members of the media. Fellow Duke freshman RJ Barrett received 16 votes, while Virginia sophomore De’Andre Hunter was named on four ballots, and Boston College junior Ky Bowman received one vote.

Williamson received 47 votes for ACC Rookie of the Year, followed by Barrett with 21 and North Carolina’s Coby White with two.

Williamson joins former Duke standouts Jahlil Okafor (2015) and Marvin Bagley III (2018) as the only players in the ACC’s 66-year history to be chosen as the league’s Player of the Year and Rookie of the Year in the same season.

Virginia’s Tony Bennett is the repeat selection as ACC Coach of the Year after leading the Cavaliers to a 28-2 overall record, a 16-2 league mark and a share of the ACC regular-season title. Virginia holds the No. 1 seed in the New York Life ACC Tournament for the second consecutive season and the fourth time in six years. The Cavaliers own a No. 2 national ranking and lead the nation in several defensive categories.

Hunter received ACC Defensive Player of the Year honors, while Florida State sophomore Mfiondu Kabengele was recognized as the league’s Sixth Man of the Year. Louisville sophomore Jordan Nwora received the nod as the ACC’s Most Improved Player.

As ACC Defensive Player of the Year, Hunter has been a mainstay on a Virginia squad that ranks first in the nation in fewest points allowed per game (54.6) and field goal percentage defense (.374). Florida State’s Kabengele has come off the bench in all 31 games to lead the Seminoles in scoring (13.1 ppg) while pulling down 5.7 rebounds per contest. Nwora has emerged as the ACC’s fifth-leading scorer after averaging 12 minutes and 5.7 points per game a year ago as a freshman.

ACC Rookie of the Year

ACC Sixth Man of the Year