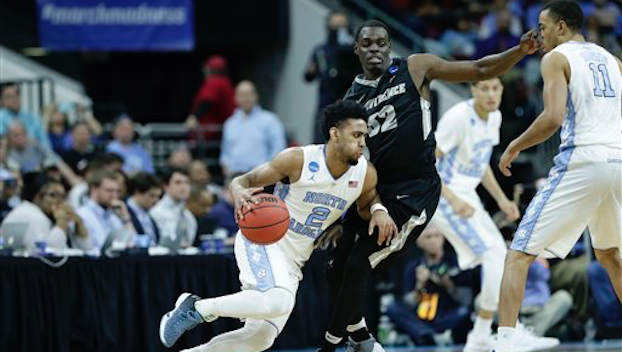 Junior guard Joel Berry has pushed the pace for UNC so far this season. (AP Photo).

Three ACC teams ended inside the top 10 of Ken Pomeroy’s finale tabulations for the 2015-16 season: North Carolina, the national runner-up, Virginia and Louisville. This was tied with the Big 12 for the most teams inside the top 10 at the end of the season. It’s early on, but the ACC is off to an even better start in 2016-17 — five teams, half of Pomeroy’s current top 10, hail from the league:

There’s obviously a great deal of basketball left to be played — it’s not even December — and there will be plenty of moving and shaking. However, this bodes well for the ACC to once again stake its claim as the best basketball conference in the nation.