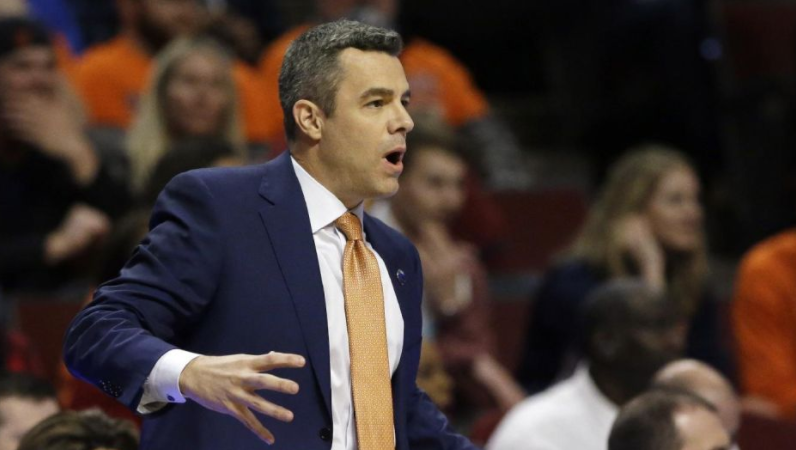 Virginia held its annual Blue-White scrimmage over the weekend, providing the first public opportunity to get a look at Tony Bennett’s team for the 2017-18 season. It was a highly anticipated scrimmage for UVa fans, given the Cavaliers enter this season with as many question marks as any period over the past four years.

But it wound up being a fairly encouraging look at the new roster, with much of what we’ve heard about Virginia’s newcomers looking true. Here’s three big takeaways from the intrasquad game.

Jay Huff Could be a Difference Maker

When Durham product Jay Huff joined the program last season, it made a ton of sense for him to redshirt. He was toothpick thin, and Virginia was counting on Austin Nichols in the post rotation. When Nichols was dismissed from the team, Huff kept the redshirt on, and continued to grow both in size and skill.

Now UVA has a 7-1, 230-pound player with guard skills. Outside of Kyle Guy, Huff might have the smoothest stroke on the perimeter on the entire team and his passing and ball handling skills were also on display. He’s also going to change a lot of shots with that height and long arms. But perhaps most encouraging from the scrimmage was that it doesn’t look like Huff getting pushed around in the paint is as much as a concern anymore. He spent the afternoon matched up with Jack Salt, the 6-10, 250-pound center whose game is built almost entirely on muscling around the lane and consistently held good rebounding position.

When it came to quick, catch-and-release jumpers off a screen, few were better than Kyle Guy last season. But Virginia coaches challenged the former McDonald’s All-American to continue to develop his all-around game heading into his sophomore season, and it looks like he has.

Added to the repertoire, Guy showed off more of a mid-range game with some nice, soft floaters in the lane. With Ty Jerome sitting this one out with an injury that shouldn’t keep him out of the season opener, Guy spent plenty of time as a primary ball handler for the White team and looked stronger both with the ball and defensively.

When graduate transfer Nigel Johnson chose Virginia in the offseason, there wasn’t a lot of question about his ability and potential to be a scoring threat for the Cavaliers. But the Washington D.C. area product has been bouncing around schools since his high school days and is now on his third college program after spending times at Kansas State and Rutgers.

Not to worry, Johnson looked like a natural fit for the Cavaliers system and perhaps a perfect addition as Bennett looks to go more up-tempo at times. Johnson played well within the flow of the offense, knocked down open jumpers and handled the ball well. Between he and Guy (and to a lesser degree freshman Marco Anthony) there’s much less concern about who will spell Jerome at the point. If Sunday was an indication, the Cavaliers won’t miss Darius Thompson all that much.