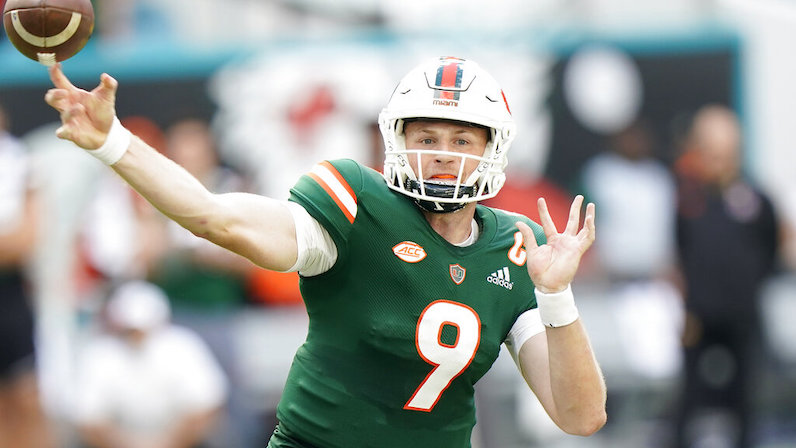 The ACC was incredibly loaded at the quarterback position; however, among those returning for the 2022 season, Van Dyke will be considered one of the elite. During the 2021 season, after taking over for the injured D’Eriq King, Van Dyke threw for 2,931 yards, 25 touchdowns and only six interceptions, while completing 62.3 percent of his passes.

However, some of those numbers undersell, a little, what Van Dyke did down the stretch this season. Over the final six games of the season, Van Dyke threw for 300+ yards and 3+ touchdowns in each contest.

Moving forward, the goal should be to surround Van Dyke with the correct personnel — coaching, offensive line and the skill positions. With his talents at that position, Miami may have a little window here, all things considered.

ACC Rookies of the Year:

Mukuba, a 4-star recruit out of Austin (Tx.) in the 2021 class, finished fifth on Clemson’s roster with 46 total tackles. While he didn’t record an interception this season, Mukuba broke up seven passes and recorded two tackles for loss, including one sack.