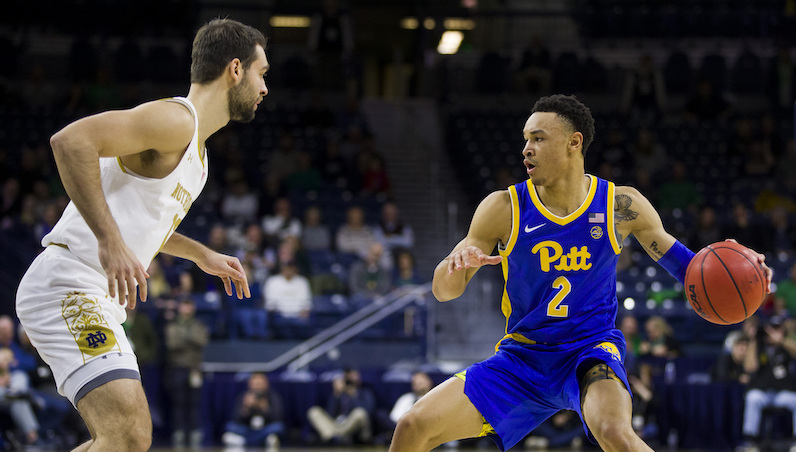 According to Sam Vecenie of The Athletic, Pittsburgh guard Trey McGowens has entered the NCAA transfer portal.

This is a big blow for the Panthers; McGowens just wrapped up his sophomore season is a solid young player. One of the first key pieces Jeff Capel landed at Pitt, McGowens played in 66 career games (64 starts). As a sophomore, he averaged 11.5 points (third on the roster), 3.6 assists, 3.3 rebounds and 1.9 steals per game. During his two-year stint, McGowens connected on 31.7 percent of his 3-point attempts.

On paper, Pitt was poised to have a talented team for the 2020-21 season. Xavier Johnson, a classmate of McGowens, claimed he planned to return for his junior season. Justin Champagnie was named to the ACC All-Freshman Team this season. Au’Diese Toney, another rising junior, started to come into his own this season, too.

However, the loss of McGowens is costly. A frisky two-way player, McGowens finished the season with a steal rate of 3.5 percent — which ranked 64th in the nation. McGowens also had a knack for drawing contact and getting to the free throw line. Over his career, so far, he averaged 5.7 free throw attempts per 40 minutes.

During his freshman season, McGowens went 18-of-19 from the free throw line during a 30-point outburst in a win over Florida State.

The efficiency of McGowens, however, wavered at times. As a sophomore, his effective shooting slipped (42.8 eFG%) and his turnover rate jumped (22.5 percent). Regardless, he’s still a really talented player.

While Johnson drove a lot of the offense over the last two seasons at Pitt, McGowens showed good utility as a secondary pick-and-roll option. There was optimism that those two could grow together and form one of the stronger backcourts in the ACC. The 2019-20 campaign never quite got off the ground; Pitt was competitive, but never quite played up to the some of its parts.

Can add Arkansas, Georgia, Nebraska, TCU and Wichita State to the list for Trey McGowens https://t.co/MQ9kr5fim1