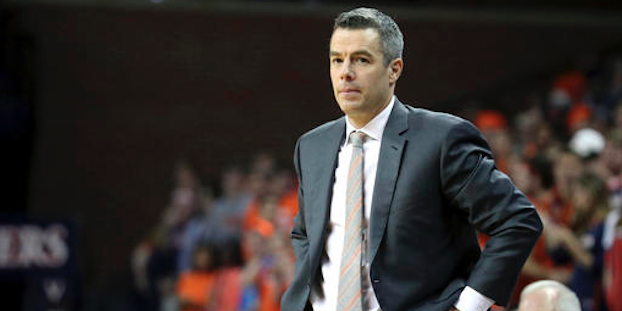 Tony Bennett is looking to ensure Virginia remains a contender in the ACC beyond the Malcolm Brogdon era. (AP Photo)

Coming off one of UVA’s more glorious three-year runs in program history, the Cavaliers entered this season with the task of replacing multiple key contributors. So far, there doesn’t appear to be a gigantic dropoff from the era of Malcolm Brogdon, Anthony Gill, Mike Tobey and Evan Nolte.

Virginia is once again stout defensively, and one player who’s poised for a breakout this season is junior Marial Shayok. The junior dropped 15 points against both UNC-Greensboro and Yale to assert himself as one of Virginia’s top scoring options out of the gate.

London Perrantes has been one of the program’s rocks of stability at the point guard position over the last four seasons, and he’ll be missed next year. But the Cavaliers have reloaded with an impressive freshman class. That group features a pair of versatile guards in Ty Jerome and Kyle Guy, a potent wing in De’Andre Hunter (currently redshirting and developing big man in Jay Huff (also redshirting).

Though Perrantes is the only scholarship player whose eligibility runs out after this season, Guy and Jerome are capable of filling the hole he’ll leave behind.

The Cavaliers also have redshirt freshman Mamadi Diakite, a power forward. Diakite is now in a position to step in the lineup and provide meaningful contributions as he did against Yale with four blocked shots and seven rebounds.

Virginia dismissed Austin Nichols, the highly touted Memphis transfer, just as the season was getting started. Though the Cavaliers will miss Nichols’ scoring potential and his rebounding, it will provide more of an opportunity for Diakite and others to step up in the post, which can only help Virginia from a long-term perspective.

With Tony Bennett recruiting at a high level while fostering an accountable culture within his program in Charlottesville, the Cavaliers are positioned to be long-term contenders in the ACC for the foreseeable future.