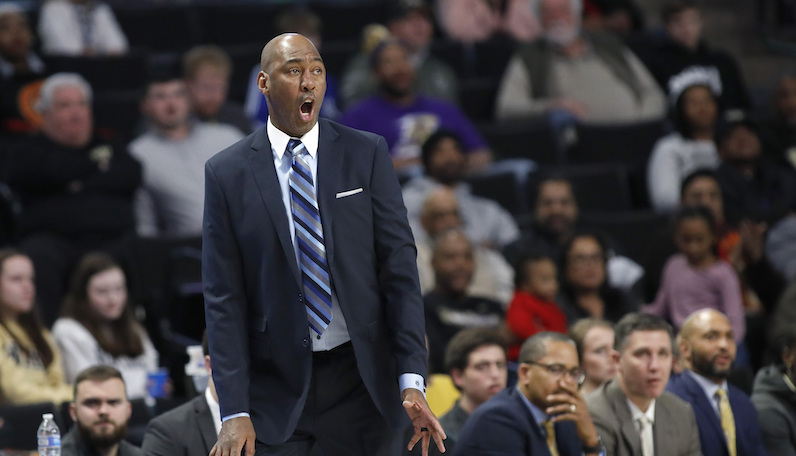 Wake Forest is in an interesting position with basketball coach Danny Manning. Back in early March, buyout discussions began between Manning’s agent and the university. A week later, Wake Forest lost to Pittsburgh at the 2020 ACC Tournament; the season was over. One day later, though, concerns over COVID-19 came to the forefront; since then, certain elements of the college basketball landscape have remained frozen.

That lack of movement has been most glaring with Manning and Wake Forest. Manning and his staff have continued recruiting to the program; two weeks ago, Houston Baptist graduate transfer Ian DuBose committed.

Earlier this week, Manning started to handle more of the public-facing aspects of his job. First, he joined The Drive with Josh Graham (WSJS Sports Hub) on Monday for an interview. Manning to Graham: “I’m moving forward as if I’m going to be here.”

And then on Thursday, Manning spoke with Conor O’Neill, the Wake Forest beat reporter for the Winston-Salem Journal. In that conversation, Manning repeated the same sentiment: “I expect to be back and that’s my mindset.”

Spoke with Danny Manning for a while this morning, lots of topics discussed.

Will have more to come, but here's a sampling: pic.twitter.com/M4Tk4h6ZGT

During Manning’s tenure with the program, the Demon Deacons have a record of 78-111 (.413) — to with just one NCAA Tournament appearance (2017). Wake Forest has finished with a losing record in five of Manning’s six seasons with the program.