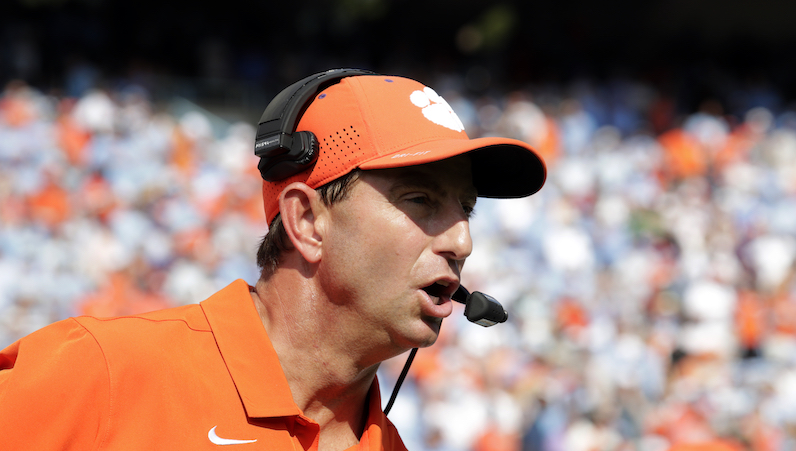 For the third time in five seasons, Clemson and Ohio State will meet against one another in the College Football Playoff. Ahead of the matchup, though, Clemson coach Dabo Swinney stoked the fires with a little gamesmanship.

In the final coaches’ poll for the 2020 season, Swinney ranked Ohio State 11th. That ranking is well outside the top four — behind the likes of Cincinnati and Coastal Carolina.

Down at the Sugar Bowl, kickoff between the Tigers and Buckeyes is set for 8 p.m. on Jan 1. The winner of Clemson-Ohio State will play the winner of Alabama-Notre Dame. Clemson defeated Notre Dame last Saturday in the ACC title game, 34-10.