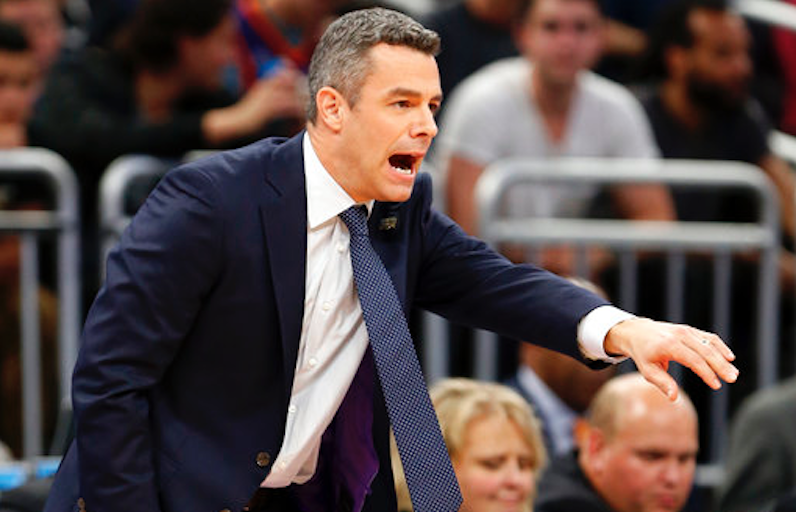 The question comes up from time to time, more frequently during a season such as this.

Can Tony Bennett win a national title at Virginia without ditching the current system?

Well, yes and no. Of course every great coach is able to evolve and adjust to variables year to year. But the idea Bennett needs to scrap the offensive and defensive philosophies he built a career on is a wild overreaction to a tough season that really wasn’t even all that bad.

Look at it this way: Tony’s father, Dick Bennett, took Wisconsin to the Final Four running the same system. Wisconsin still does something similar and recently made back-to-back Final Fours. Heck, Virginia was tantalizingly close to making it last year.

And once a team gets to the semifinals, anything can happen. As good as Virginia has been the past four years, the idea that it would be impossible to eventually win six in a row at the right time doesn’t really make sense.

It does make sense that UVA fans would be frustrated with the offense disappearing at times this season. It’s compounded by seeing Gonzaga, Oregon and South Carolina break through.

But the Cavaliers’ struggles weren’t really systematic. They consistently got good looks at the basket. The issue was much more about not having a Malcolm Brogdon or Joe Harris-type scorer on the roster. Austin Nichols could have been an even better version of Mike Scott, but it wasn’t to be.

Bennett asked more of freshmen, particularly Kyle Guy and Ty Jerome, than he usually does. That led to inconsistent play this season but should pay dividends in the coming years.

The Cavs are likely to hit the transfer market this spring to boost the roster. However, the best way to improve might be to simply give the younger players time to develop.

When the players are there, the system works. When players don’t — or can’t — execute, all systems can look bad. Some media, in the past, have accused Roy Williams of not caring about defense. Bennett’s detractors say he isn’t interested in scoring.

Both ideas are equally ridiculous.

The truth is Virginia had a decent season despite losing Brogdon and Anthony Gill, and booting Nichols before his UVA career could even really begin.

Many programs would have punted on this season, calling it a rebuilding year and focusing on the future. Virginia did what it does and made it to the second round of the NCAA Tournament.

READ MORE: Three players to transfer out of UVA’s program