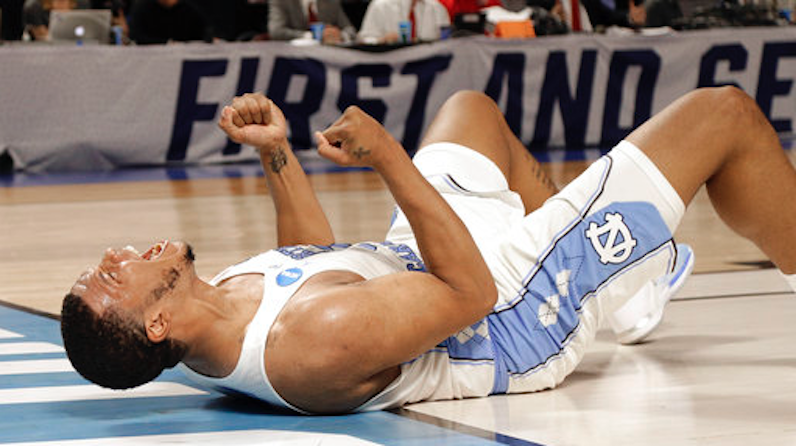 Kennedy Meeks was North Carolina's most productive starter in the team's second-round win over Arkansas on Sunday. (AP Photo)

Trailing 65-60 with under three minutes to play against Arkansas Sunday afternoon, UNC was in danger of an upset. Heading in, the Tar Heels had yet to lose an NCAA Tournament game as a No. 1 seed before the Elite Eight under Roy Williams. But there they were, behind by two possessions versus a No. 8 seed.

The game came down to a series of critical defensive possessions. However, the Tar Heels won all of them, preventing the Razorbacks from scoring a point down the stretch. UNC outscored Arkansas 12-0 to end the contest and advanced to the Sweet 16.

Entering this season, few expected the Tar Heels to win the ACC regular season again. Even fewer anticipated UNC being the last ACC member playing in this year’s Big Dance.

Coming off a near-miss in the 2016 NCAA Championship game, and with multiple returning starters, UNC landed at No. 6 in the preseason AP poll. While that seemed ambitious at the time, the Tar Heels received just six first-place votes in preseason ACC voting. Duke was the overwhelming favorite, with 85 first-place votes.

Fast forward to March, however, and UNC is the last team standing in the ACC. The Tar Heels went 14-4 in league play to claim their second straight ACC regular-season crown.

Now holding the banner for the conference, UNC increases the league’s NCAA Tournament revenue with each win. That won’t get the Duke folks to suddenly start rooting for the Tar Heels, of course. But it will earn UNC even more respect, both locally and nationally.

The first two rounds made for a historically bad week for the ACC in the NCAA Tournament. After three schools — Virginia Tech, Miami and Wake Forest — fell in their opening games, five more lost on Saturday and Sunday. Florida State, Duke, Notre Dame, Virginia and Louisville failed to survive the first weekend.

In light of the ACC’s rough overall finish this March, the league needed a standard-bearer to rise above the fray. Once again, that standard-bearer is North Carolina. But even if the Tar Heels don’t wind up cutting down the nets in Phoenix next month, UNC has already exceeded expectations this season.