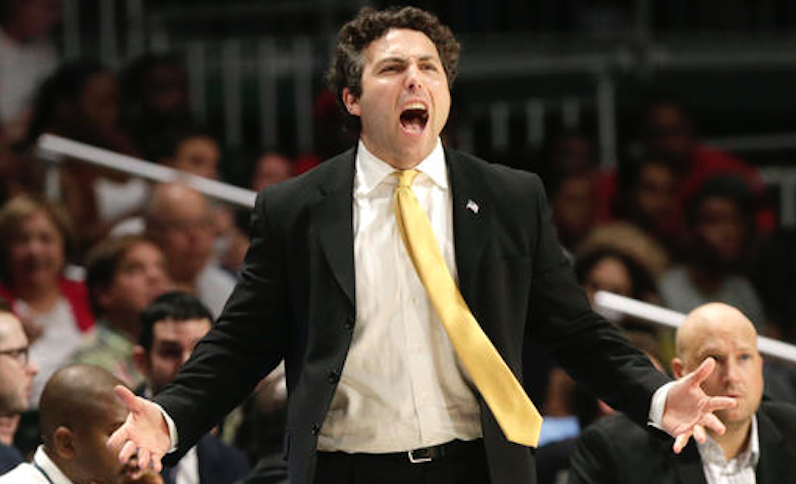 Josh Pastner has Georgia Tech in the hunt for an NCAA tournament bid. (AP Photo)

Few around the ACC knew what to expect from Georgia Tech when the 2016-17 season got underway. Josh Partner arrived in Atlanta with a new lease on life, having gone just 37-29 over the previous two seasons at Memphis. Just 38 years old when he took over the Yellow Jackets, Pastner became the youngest coach in the ACC.

Georgia Tech is a proud program with 15 NCAA tournament appearances from 1985-2010, along with two Final Fours and three ACC Tournament titles. But the school’s hardwood fortunes have been on a downward slide for nearly a decade. Georgia Tech hasn’t appeared in the NCAA tourney since 2010, with just one postseason appearance total — a quarterfinal run in last year’s NIT.

Plenty of folks in Memphis weren’t terribly upset to see Pastner go, which made Georgia Tech’s hire a head-scratcher around the ACC. On the flip side, however, expectations were low for Pastner in Year 1 as the Yellow Jackets were picked 14th in the preseason ACC standings.

It didn’t taken long for Pastner to eliminate a lot of the doubt around the league.

Tech has displayed dramatic improvement defensively under Pastner. The Yellow Jackets are No. 6 nationally in KenPom’s defensive efficiency rankings — behind only Virginia (No. 1) and Louisville (No. 5) in the ACC. Last season, Georgia Tech ranked No. 79.

The Yellow Jackets rank second in the ACC in field-goal percentage defense, holding opponents under 40 percent from the field. Thanks to veteran big man Ben Lammers, the Yellow Jackets also lead the league in blocked shots. From a defensive standpoint, Pastner gets an A grade.

Offensively, however, Georgia Tech has struggled. The team’s average of 67.7 points per game ranks next-to-last in the ACC. The Yellow Jackets are also dead-last in field-goal percentage, shooting under 44 percent as a team. Offensively, Pastner deserves no better than a C-.

In terms of breathing life back into Georgia Tech’s program, however, Pastner deserves at least a B.

For fans, it once gain became fun to attend games. Yellow Jacket faithful can once again tune in to matchups with the reasonable expectation that they may see their team win.

Georgia Tech still has a long way to go to get back to the glory days. But Pastner has done a lot in a short period to bring ACC hoops respectability back to Atlanta.