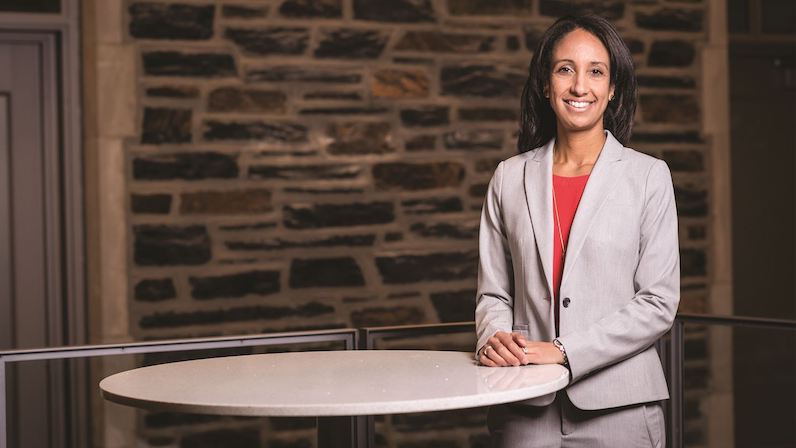 Nina King is set to become the next Director of Athletics at Duke University, replacing Kevin White (Photo Courtesy of Duke Athletics)

According to a report from Pete Thamel of Yahoo Sports, Duke University is set to promote Nina King as the school’s next Athletic Director. She will replace her former colleague Kevin White, who announced his retirement back in January. White will serve in his current role until August.

King came to Duke in 2008 and has long served as the university’s senior deputy and chief of staff for athletics. During her tenure, she’s helped in a variety of roles/situations, including the primary administrative duties for Duke’s women’s basketball and football programs.

The hire is of historical significance, too. King will become the first woman and person of color to be Duke’s AD.

Sources: Duke expected to promote Nina King to be the school’s next Atheltic Director. She’s the school’s longtime senior deputy and chief of staff for athletics.

Along with White, King also teaches a sports business course in Duke’s Fuqua School of Business as part of its MBA program.

Before her arrival at Duke, King worked in the Notre Dame Athletics Department (2005-08), while serving as the Director of Rules Education.

Looking ahead: Duke basketball’s projected rotation for the 2021-22 season