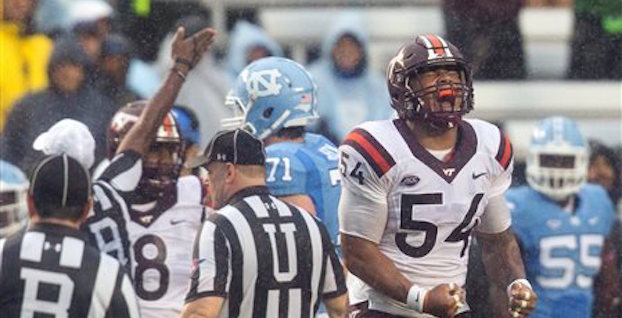 Through the first five games of their 2016 schedule, North Carolina composed some of the best offensive football in the nation. Elijah Hood and T.J. Logan formed a productive tandem in the backfield, and quarterback, and Mitch Trubisky — in his first season as a starter — found great success distributing the ball to a handful of gifted receivers on the perimeter. The junior quarterback’s favorite receiver this season has been senior speedster Ryan Switzer, who according to Football Study Hall has been targeted on more than 30 percent of North Carolina’s pass plays. Switzer and Trubisky were the battery of a top 15 passing offense.

This, of course, didn’t escape Virginia Tech’s veteran defensive coordinator, Bud Foster. The Hokies took note of the high volume of targets, and wisely, devoted a game plan geared toward stopping Switzer. As The Key Play reported, Foster had his defense roll their coverage toward Switzer, and bracket him — one defender short to cover screens and quick-hitters, another over the top prevent easy deep balls on double moves.

(Read this post, by the way; it’s very good, and goes into detail about Virginia Tech’s coverages.)

The results speak for themselves; Foster’s scheme, and Tech’s execution, blanketed Switzer — in the midst of a Hurricane — and threw off the Tar Heels on offense. UNC managed just three points, which is their lowest output since the 2011 season, when they were shutout in Raleigh by NC State. It was also the lowest scoring total since Larry Fedora took over in Chapel Hill. This game was just the second time during Fedora’s tenure that the Tar Heels have scored single-digit points; the only other occasion was back in 2014, when the Wolfpack held them to seven points at Kenan Stadium.

To read more on how Virginia Tech defended Ryan Switzer, sign up for basic access to ACCSports.com. 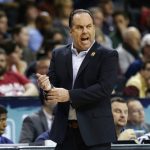 Notre Dame and Kentucky basketball will enter a multi-year series, which will take place over… 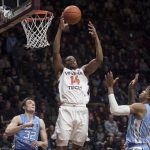 Blue-chip center Moussa Cisse, a top 10 2021 prospect, tells ESPN that he plans to…