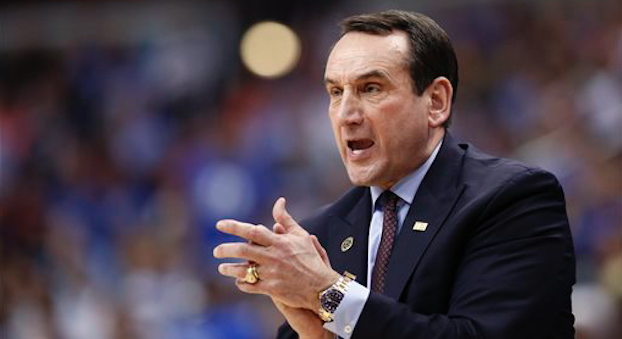 DURHAM, N.C. — Over a 24-hour period, in between when rival North Carolina earned a right to play for the national title and had the championship slip through its fingers, two highly anticipated events hit the Duke basketball program.

On Sunday morning, Duke coach Mike Krzyzewski went under the knife at Duke University Hospital to have a total replacement of his ailing left knee.

Anyone close to the Duke program or who paid attention to coverage of the Blue Devils knew these events were looming.

Krzyzewski, when he returned from a brief, unscheduled February hospital stay for cardiac tests, said he’d be having his knee replaced when the Duke season ended. Sure enough, less than two weeks after Oregon beat Duke 82-68 in the NCAA tournament, the 69-year-old Krzyzewski was back at Duke Hospital for the procedure.