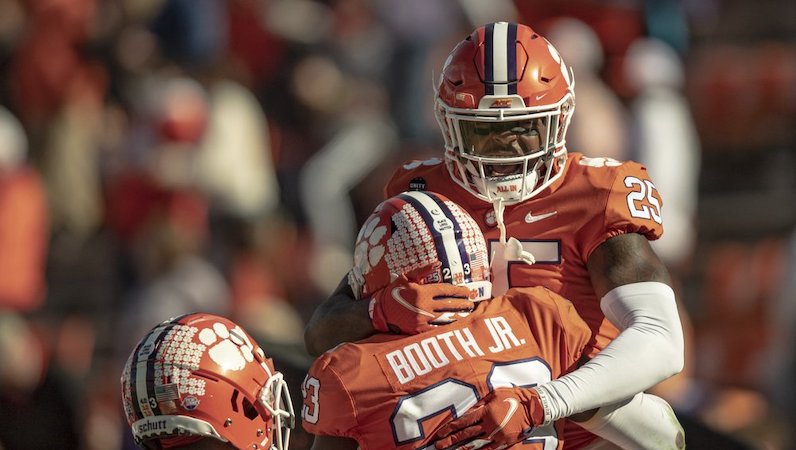 Daylen Everette plays on the defensive side of the ball; however, when the 4-star cornerback committed to Clemson over the weekend, he drew plenty of attention for a certain type of pump fake.

Everette was set to choose between five schools: Clemson, FSU, Georgia, Oregon and North Carolina. With Dre Bly leading the recruiting effort, UNC appeared in good position to land Everette, although Clemson appeared to have a slight edge.

WOAH!!! He got us with the pump fake! @ClemsonFB pulls in yet another major recruit with 4⭐️ corner @DaylenEverette 🔥🔥

Everette grew up in the Tidewater area of Virginia; however, he played his 2020 prep season for powerhouse IMG Academy in Bradenton (Fla.).

During his 2019 sophomore season in Norfolk, Everette intercepted 11 passes.

Everette is the 10th commit in Clemson’s 2022 recruiting class — and the top overall prospect for the Tigers, thus far.