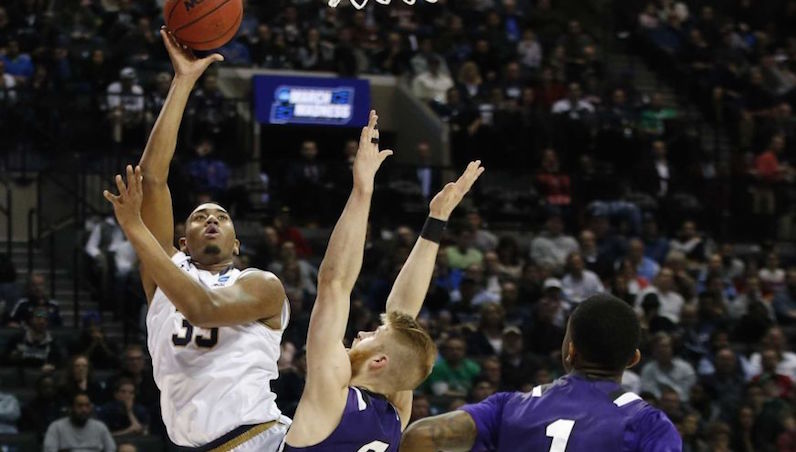 I’ve spent more than enough time waxing poetically about the skills of Notre Dame’s Bonzie Colson. He’s developed from super-sub to valuable contributor to maybe the best player in the ACC. Colson is a pick-and-roll dynamo, whose gravitational pull in middle of the floor frees up Notre Dame’s pretty flow-motion action on the perimeter.

Colson: One of a kind…well, almost

Last season, when he was named first team All-ACC and third team All-American, Colson put together a truly unique package of production.

According to Sports Reference, Colson was the only player in America to average at least 15 points, 10 rebounds an post a player efficiency rating (PER) above 30.

Going back over the last five season of college basketball, Colson is one of only seven players to hit those benchmarks. That group of players includes two NBA first round picks — North Carolina’s Brice Johnson (2016) and Pascal Siakam (2016) — and two other players currently in the NBA: Mike Muscala and Alan “Big Sauce” Williams.

Per Spotrac, Those four players, combined, will make nearly $13.7 million next season in the NBA — with every penny guaranteed. Not too shabby, huh?

Dating back to the 2009-10 season, Colson is one of only five ACC players to play at least 1,000 minutes in a season and post a PER north of 30. The other four guys: T.J. Warren, Erick Green, Brice Johnson and Jahlil Okafor. For those keeping score at home, that’s three ACC Players of the Year and three top-25 picks.

What about Bonzie’s pro prospects?

It’s tough to say this far out; plus, we will have plenty of time to analyze Colson’s NBA potential over the next 10 months.

It’s worth noting, though: while Colson’s height could be used against him, his wingspan makes up for that. Colson is 6-foot-5, but reportedly has a wingspan that neighbors on seven feet.

Nowadays, too, the NBA far more receptive to tweeners like Colson — players that float between multiple positions. If you can pass, shoot and/or guard a variety of defenders, you can play in the league.

Bonzie Colson and Tyler Lydon of Syracuse were the only two players in the ACC last season to post a block rate above four percent, an assist rate above 10 percent and make at least 20 three-pointers.

This means Colson, who shot 43.3 percent from downtown, assisted on better than 10 percent of his teammates’ made field goals while on the floor.

Currently, he’s projected as a second round pick. With another strong season, and an increased utility from his jump shot, Colson could improve his stock. He has the platform to solidify himself as a future NBA player.