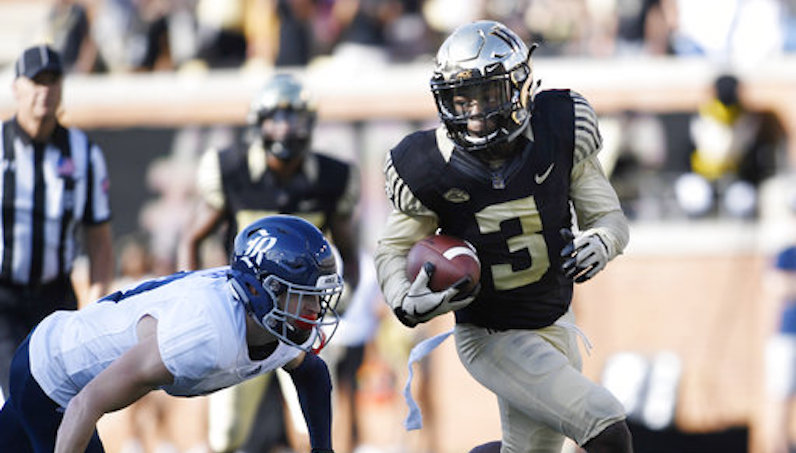 Before the 2018 ACC football season started, we went through the numbers and ranked the top five wide receivers in the league. At the top of that list: catch-maniac Greg Dortch of Wake Forest and NC State’s big-play hub Kelvin Harmon.

It should come as little surprise then that, after five weeks of action, those two rank among the most targeted receivers in the ACC.

THE STAT PROFILES ARE BACK. You can exhale now.

According to Football Study Hall, no one has been targeted more than Dortch — who leads the league in receptions (45) and receiving yards (555). Here’s a look at the top 10 most targeted players.

Here’s a look at the top three receivers from all 14 ACC teams in terms of targets, according to Football Study Hall.

NC State struggles to run block, but Ryan Finley has all of the time in the world